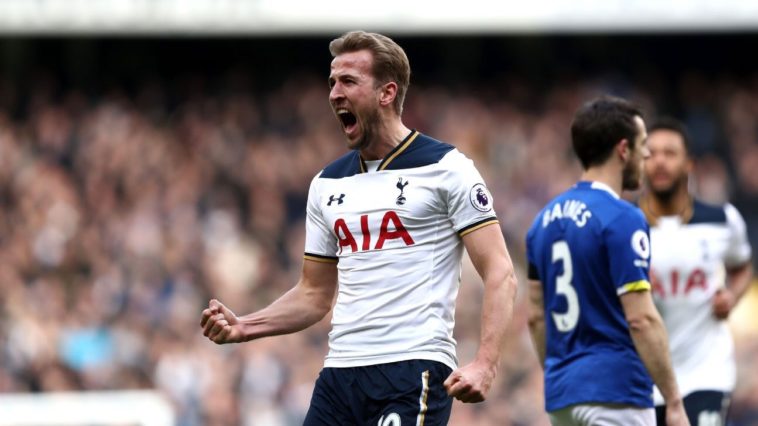 Tottenham laid their marker down in the race for the top four with a crucial victory over an in form Everton side who had been unbeaten in nine games prior to this encounter.

In many ways this game was billed as the Kane vs Lukaku battle, but the points for Spurs were vital to pull away from the chasing pack. Tottenham were also aiming for their ninth consecutive home win.

Spurs were given a lift from the availability of all three injury doubts, with Alderweireld, Vertonghen and Kane all fit to start. For the Toffees, Barry replaced Lookman to attempt to keep the midfield  tight, which was a clear mark of respect given to Spurs from Koeman.

Tottenham were totally dominant from start to finish if the truth be told. The first half-chance of any note came in the 20th minute. Kane took the ball on his own 30 yards out, where he lashed a wicked dipping shot past the helpless Joel Robles.

Everton were rocking at this point and Spurs nearly capitalised seconds later when Kane managed to squeeze his way past Ashley Williams to go one on one with Robles. The Spanish ‘keeper however managed to make a vital save from the left boot of Kane to prevent his side being two down.

Spurs continued to dominate for the rest of the half, clearly looking for the second goal to kill the game. On 28 minutes, the ball broke back to the edge of the box where Victor Wanyama’s left footed strike clipped off Funes Mori and to the relief of Joel Robles, the ball came back off the post.

To the relief of Everton, the half time whistle blew and Koeman was able to get his team in before the damage became beyond repair.

On 54 minutes Jan Vertonghen decided to try to take on the entire Everton defence by selling Williams on the corner of the penalty area and lashing a pile driver straight at Robles who could only parry around the post.

Two minutes later, the pressure from Spurs finally paid off as the lead was doubled. Robles threw the ball out to Morgan Schneiderlin on 56 minutes, who was dispossessed by the aggressive press of Dembele. The midfielder presented the ball to Harry Kane who beat the offside trap to be one-on-one with the goalkeeper. The England international made no mistake and slotted a lovely finish under the body of the keeper and gave Spurs a deserved two goal cushion.

Everton’s first real attack came on 81 mins. Lukaku squared up to Vertonghen who unfortunately slipped at the crucial moment. Lukaku shifted the ball onto his right foot to strike across Hugo Lloris into the net. A goal which see’s the Belgian become Everton’s all time top Premier League goalscorer.

The final ten minutes became a much more nervous contest and it was Kane’s turn to go close for Spurs as he failed to chip Joel Robles from an acute angle to settle the match.

The match was however settled in the 92nd minute. Harry Winks’ quick thinking from a Spurs free kick fed Dele Alli who poked home a cute finish past the stranded Robles to seemingly seal all three points for Spurs.

However, Everton struck back on 93 minutes to set up a final minute of nerves. A long range Ross Barkely free kick fell into the path of Enner Valencia who tucked in the finish to make it 3-2. However it was too little, too late for the Blues.

Overall, the victory for Spurs was much more comfortable than the scoreline suggested and both managers articulated in their post match interviews.

In terms of how this result shapes the season for both of these sides, Spurs have laid down a marker by beating a very good side in Everton and remained clear of Liverpool, United and Arsenal particularly. For Everton, the game showed the gap that they must somehow bridge if they want to fulfil their ambitions of pushing into the top six of the Premier League.