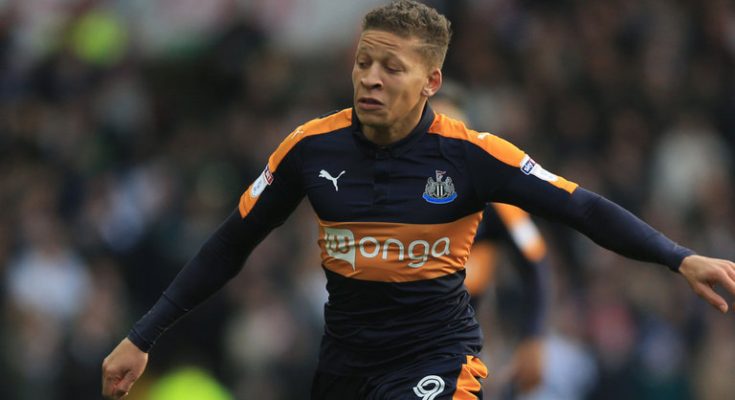 After the midweek triumph against Brighton, Newcastle had to prepare quickly as they faced Huddersfield four days later.

Two changes were made to the line-up; Daryl Murphy came in for Yoan Gouffran and DeAndre Yedlin dropped to the bench for Vurnon Anita, as the Dutch international had fully recovered from his ankle ligament injury. David Wagner also made two changes; Nahki Wells replaced Colin Quaner whilst Phillip Billing came in for Dean Whitehead.

Newcastle began the sharpest when Matt Ritchie ghosted past the back four of Huddersfield before being tripped by Nahki Wells in the penalty area. Even though there was minimal contact on Ritchie, Roger East pointed to the spot immediately. Ritchie stepped up and converted his penalty in the bottom right, sending Danny Ward the wrong way.

Phillip Billing came close to an early equaliser as he tested Karl Darlow from outside the box with a well struck effort after Huddersfield had kept possession for a long period of time.

Later on, Daryl Murphy was in on goal after Vurnon Anita picked him out with a first time through ball. The thirty three year old pulled the trigger but the goalkeeper did well to turn the ball over the bar.

Murphy then had another chance as he put himself on the end of a long ball from Jonjo Shelvey. The striker’s first touch let him down and Ward claimed the ball with one hand but spilled it as Murphy challenged. The Irishman then curled the ball into the net from the narrowest of angles beyond Hefele on the goal line.

The hosts were not creating any opportunities and were limited to long Deangelo efforts. Aaron Mooy fired an identical shot to Billing earlier; but it wasn’t any trouble for Darlow between the sticks.

Joel Coleman replaced goalkeeper Danny Ward at half time as the Liverpool loanee suffered a dead leg at the end of the half.

Huddersfield pull one back

Straight after the interval Huddersfield were awarded a penalty for a foul on Elias Kachunga by Jonjo Shelvey. It was a harsh decision as Kachunga fell to the ground easily. Aaron Mooy stepped up and calmly converted the penalty, raising the spirits of David Wagner’s team.

For the remainder of the half it was all Huddersfield as they controlled possession but could not find a way through.

Gayle seals it for Newcastle

In the first minute of added time Joel Coleman made a strange decision to go up field for a corner. Newcastle cleared but could not keep the ball. Coleman took his time to get back in goal and the ball was cleared again by the visitors. This time the defenders were not in sight and the ball flew over Coleman’s head and into the feet of a grateful Dwight Gayle who headed the ball into an empty net.

It was game over for Huddersfield who would have been disappointed given that they dominated the second half.

Rafael Benitez’ men were now eleven points clear of third place after negotiating a tricky set of fixtures against their nearest rivals and are surely on course to head back to the Premier League.