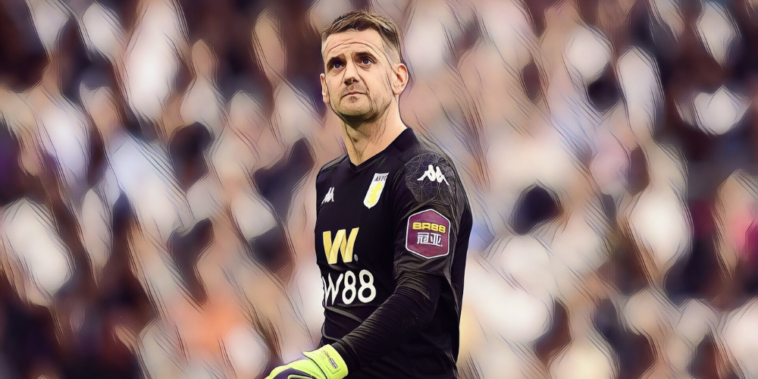 Tom Heaton is nearing a return to Manchester United on a free transfer from Aston Villa as the club look to strengthen their goalkeeping options.

Heaton began his career with the Red Devils and came through the club’s academy system without ever making a senior appearance, spending loan spells with the likes of Swindon, Wycombe and Cardiff before a permanent move to the latter in search of regular first-team football.

The 35-year-old enjoyed an impressive six-year spell with Burnley before joining current club Aston Villa and has won three senior caps for England at international level.

The Telegraph are reporting that the veteran is now closing in on a free transfer return to Old Trafford with Heaton set to replace Sergio Romero who will leave at the expiry of his contract this summer.

Heaton has played a back-up role to Emiliano Martinez at Villa Park this season and will support Dean Henderson and David de Gea amongst United’s goalkeeping options, with Romero reportedly attracting interest from former Man Utd manager Jose Mourinho and Roma ahead of a potential move.

The 34-year-old has been keen to quit the club after falling further down the pecking order following Henderson’s return from a two-season loan spell at Sheffield United and will hope to secure regular football after failing to make an appearance this season.