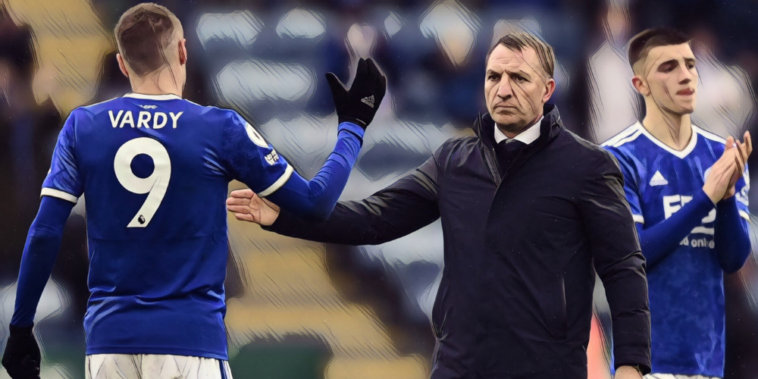 Having endured an enervating 2020/21 campaign and a gruelling summer of tournament football, Premier League superstars are utterly spent. With last season’s top four scrambling to patch together a match-fit eleven, a rejuvenated Leicester City are perfectly positioned to set this season’s pace.

With the sting of their agonising final day defeat (and a successive fifth place finish) still fresh, The Foxes’ quest for redemption is a powerful motivator. Brendan Rodgers will look to harness his player’s disappointment and use it as fuel to propel his developing side to an elusive top four finish.

Rodgers’ men have personal agendas. Eager young players like Wesley Fofana, James Maddison, Harvey Barnes, James Justin and new signing Boubakary Soumaré will seek to impress ahead of Qatar 2022. Similarly, having registered his lowest goal return in four seasons, 34-year-old Jamie Vardy will be out to prove he can still cut it at the highest level.

Indeed, there are numerous reasons to expect a rip-roaring start from The Foxes.

With a total of 133 Premier League players involved in major international tournaments this summer, hangovers from the European Championships and Copa América will undoubtedly have a profound effect on the early-season shake-up.

If preparation is the key to success, then Manchester City, Manchester United, Liverpool and Chelsea begin the season at a considerable disadvantage. As their star players slowly trickle back into training – and the costs of a taxing summer are counted – the drawbacks of a star-studded squad are patently obvious.

In contrast – with just eight players away this summer – Liverpool boast a relatively replenished squad. Despite reaching the final of the Copa América, the Brazilian trio of Alisson, Fabinho and Roberto Firminho saw little action at the tournament – as did Jordan Henderson, who played a cameo role under Gareth Southgate.

If Jurgen Klopp’s fully-fuelled side are in pole position, then Thomas Tuchel’s burn-outs are starting near the back of the grid.

Sixteen Chelsea players participated at the Euros – the highest representation at the tournament by any European club. Jorginho, Emerson, Ben Chilwell, Reece James and Mason Mount all went the distance, while Andreas Christiansen and Cesar Azpilicueta reached the semi-finals and veteran Thiago Silva featured prominently for Tite’s Brazil.

Chelsea will have the most players at @EURO2020 this summer. pic.twitter.com/e89SNifOSE

Let’s not kid ourselves though – the big four employ a cornucopia of talent for this very contingency.

Nevertheless, with the perennial title challengers temporarily enfeebled, the opportunity for an outlier to excel has presented itself. None are better placed to take advantage than Leicester.

Rodgers’ side are well-rested – primed for an explosive start to the season. Just six of their players – Kasper Schmeichel, Danny Ward, Çağlar Söyüncü, Youri Tielemans, Timothy Castagne and Denis Praet – were involved at the Euros. Söyüncü’s Turkey failed to reach the knockout stages, while their Belgian contingent – with the exception of Tielemans – saw limited game time.

Expect the frisky Foxes to come flying out of the traps.

One of the hallmarks of The King Power Group’s successful tenure as Leicester’s owners has been their policy of buying young players at auspicious moments. Chairman Aiyawatt Srivaddhanaprabha – like his tragic father Vichai before him – cuts an astute figure, one who grasps the benefits of first-mover advantage.

After taking the reins two years ago Brendan Rodgers has scoured the globe for Vardy’s long term replacement. Despite the scintillating form of Kelechi Iheanacho, a striker had been high on The Foxes’ priority list this summer – particularly in the wake of record breaking Vardy’s alarming dip in form that saw him net just 4 goals in 16 outings at the tail end of last season.

The time had come to announce an heir presumptive.

Zambian international Patson Daka – one of the most highly coveted young strikers in European football – was Rodgers primary target. The 22-year-old, who was the Austrian Bundesliga’s top scorer last term with 27 goals in 28 games, was named the league’s Player of the Season after helping Salzburg win their eighth straight title.

51 – Patson Daka scored 51 goals in 59 appearances in the Austrian Bundesliga in the last two seasons; the most of any player in the competition in this period, while 46 of these goals were netted from inside the box. Fox. pic.twitter.com/CXLPzz7T4D

The prolific striker, who had been monitored by Chelsea and Liverpool, plays in the Vardy mould. A clean striker of the ball who is nimble and persistent, Daka possesses the pace to run in behind and the power to compete with centre-backs – a real nightmare for defenders. With a reported transfer fee of £23m his acquisition may prove to be one of the bargains of the season.

The other gaping hole in Leicester’s squad was in the centre of their midfield. Although the tireless Tielemans was an ever-present last season, his partner Wilfried Ndidi – an equally important cog in Rodgers’ side – missed eleven PL matches through injury. The Nigerian’s absence hit Leicester hard.

Without Ndidi The Foxes achieved an average of 1.45 points per game. With him in the team, their average jumped to 2.22. It was imperative that Leicester find an understudy.

With Old Trafford and Anfield often mooted as potential destinations, The Foxes £17m capture of Boubakary Soumaré earlier this month represented another transfer coup. The 22-year-old – a teammate of Wesley Fofana’s at under-21 level – played an integral part in Lille’s stunning Ligue 1 triumph last term.

Athletic, technically gifted, combative, with an expansive range of passing – the 6’2” midfielder, who is equally adept at both the CM and DM roles, will provide much needed cover (and competition) in Leicester’s exciting young midfield.

Of course, their rivals will also bolster their squads before the transfer window closes. The Foxes may be the rising star of English football, but they can’t compete with the gravitational pull of the Premier League’s Jovian giants.

However, after securing Vardy’s successor, and reinforcing a weak point in their midfield, Rodgers has addressed two problem areas that ultimately cost his side their Champions League spot last season.

Leicester begin their 2021/22 campaign at home against Wolves, followed by away trips to West Ham and Norwich. The Foxes play a mouth-watering tie against Man City at The King Power in September and, after clashes against Brighton, Burnley and Crystal Palace, face another top four rival at home – Man Utd.

Liverpool and Chelsea have similarly unenviable schedules. The Reds face the rest of the big four, while The Pensioners travel to Arsenal and Spurs, before facing Man City at Stamford Bridge.

With two matches at the King Power Stadium against their closest rivals in the opening months, favourable results against their nemeses may form the foundations of an exceptional season for The Foxes.

While Leicester’s adversaries may allude to the inherent disadvantages of playing on the Europa league’s much maligned Thursday night slot – Foxes fans may take solace in the abounding obstacles faced by their rivals.

Read Also – Grealish and Kane: Why Man City are entirely right to strengthen from a position of power