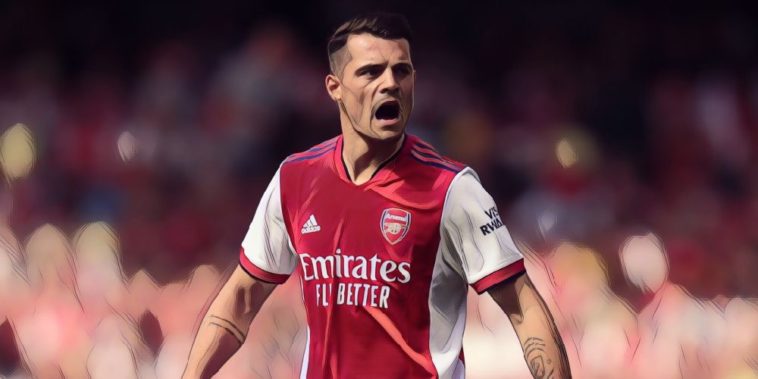 Arsenal boss, Mikel Arteta, has insisted that Granit Xhaka will remain at the club for the upcoming campaign, as he confirmed an injury to Thomas Partey.

Xhaka has had a somewhat turbulent spell at the Emirates, his unpopularity reaching a crescendo back in 2019 following his angry outburst towards fans as he was substituted during a 2-2 draw with Crystal Palace.

He has since rebuilt some of that fractured relationship and has remained an integral part of the Arsenal squad, starting 29 of the club’s 38 Premier League games under Mikel Arteta last season as the Gunners laboured to an eighth-placed finish.

However, they have been linked with cashing in on the Swiss international who has just two years remaining on his deal at the club, his stock at a high following some impressive performances on the international stage at this summer’s European championships.

Jose Mourinho’s Roma have been heavily linked with a move, but talks between the two clubs have failed to see them strike an agreement, with recent reports suggesting the club will now offer the midfielder a new deal.

The 28-year-old came off the bench to score the equaliser as Arsenal lost 2-1 to Chelsea in their latest pre-season friendly on Sunday afternoon, before Arteta insisted that the former club captain would be remaining as part of his squad.

“Granit is going to stay with us,” said the Spaniard. “He wanted to play. He is a key member of our squad.”

Xhaka’s introduction into the action came following yet another injury to last summer’s star signing, Thomas Partey, and Arteta suggested that the early signs are not good for the Ghanian.

“I just had a talk with the doctor,” Arteta said.

“He’ll have a scan tomorrow. At the moment it’s not looking good.”