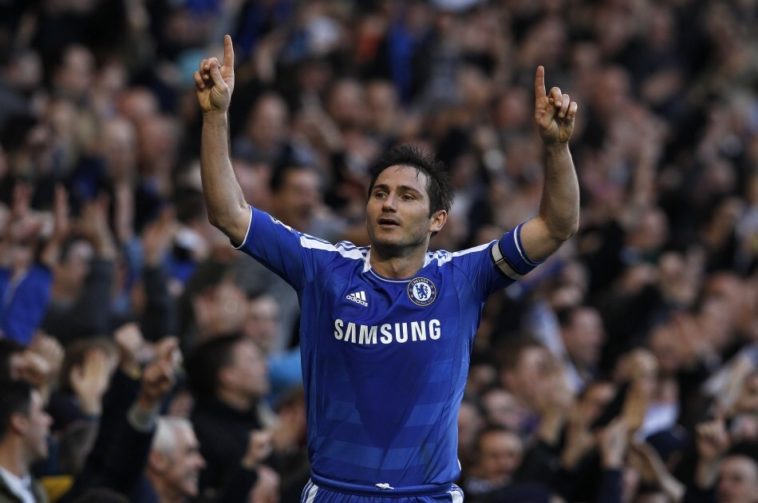 After two decades of playing at the highest level of football, Frank Lampard decided to hang up his boots and retire from the sport.

Lampard played for Chelsea from 2001–2014, winning many accolades including three Premier League and one Champions League title. He was a three-time Chelsea Player of the Year, and he was runner-up for the Ballon d’Or in 2005.

On Saturday, Lampard had a chance to speak to the crowd celebrating his career with a half-time address during the match between Chelsea and Swansea City.

Quantifying the number of memories of Lampard in royal blue is an impossible task. In his 13 seasons with Chelsea, Lampard brought a lot of joy to the Stamford Bridge faithful.

To pick only three moments of his brilliant career is a travesty. I wish I could add how Lampard captained Chelsea into their first Champions League title in 2012, or the amazing goals he scored throughout his career.

This list should not be taken as ‘Frank Lampard’s top-three moments.’ In no particular order, here are just some of memories of Lampard that I have. These are things that shape my perspective of Frank Lampard as a legend.

Lampard wins the ball from Messi to start a counterattack, culminating in a Drogba goal

In the semifinals of the Champions League in 2011–2012, Chelsea had the daunting task of facing the defending Champions FC Barcelona. During the pinnacle of Pep Guardiola’s “tiki-taka” football. Nobody gave Chelsea a chance to win.

Chelsea were struggling in the Premier League, and Champions League football for the following year was not guaranteed. André Villas-Boas was fired as Chelsea’s manager, and was replaced by Roberto Di Matteo, who started Lampard in a deeper central-midfield role instead of his usual advanced-midfield position.

In a time where footballers believe they are bigger than their respective clubs, Lampard made no complaints and played his part. During added time in the first half, Lampard tackled and won the ball from Messi. He proceeded to lob a pass into the path of the speedy Ramires, who crossed the ball to the goal-scorer Didier Drogba.

In a match that Barcelona dominated with 72% possession, Lampard showed that Chelsea was not a club that others should take lightly. Lampard also showed his versatility as he adapted to a deeper role in the midfield.

If he hadn’t already, Lampard cemented himself as a Chelsea legend when he scored a brace against Aston Villa late in the 2012–2013 season.

Lampard’s career was defined by scoring many goals as a midfielder. His 203rd goal was scored in typical Lampard style. A trailing run into the box, followed by a centering pass from a teammate for Lampard to easily put into the net.

Lampard unselfishly gave credit to his teammates in an article by Rik Sharma with the Daily Mail.

“The support I’ve had from teammates… I’m thankful to every one of them because they’re the ones that put it on a plate for me sometimes,” said Lampard after the match.

Lampard went on to score eight more goals for Chelsea to set the new record at 211.

In an exclusive with Martin Samuel for the Daily Mail, Lampard described himself as, “Mum’s boy. Always was, always will be.” He lost his mother to a sudden battle with pneumonia.

Less than a week later, Lampard returned to play in a Champions League semifinal against Liverpool. To be able to even roll out of bed after such devastating news is an achievement in itself.

After Michael Ballack was fouled in the box, Lampard courageously stepped up kicked the ball into the corner past Pepe Reina. Lampard sprinted to the corner flag in celebration, taking off the black armband he wore in memory of his mother and kissing it before collapsing to the ground surrounded by adoring teammates.

With all the pressure on his shoulders to go along with his mother’s passing, Lampard carried Chelsea to the Champions League final in Moscow. Like Five for Fighting’s song, it’s not easy to be Super Frank.

While Lampard went on to play for a few other clubs, he will always be a part of Chelsea, even though his time with the club ended abruptly.

“I didn’t get a chance to say goodbye properly for whatever reason, and I always regretted that,” explained Lampard in his goodbye speech to the fans.

There wouldn’t be enough words in the English language for Chelsea fans to express gratitude to a legend like Lampard.

Instead, I can only hope for his name to be continuously chanted at Stamford Bridge.

What are your memories of ‘Super Frank’? Where does he rank in the history of Chelsea players? Leave us a comment and share this article using the buttons below.