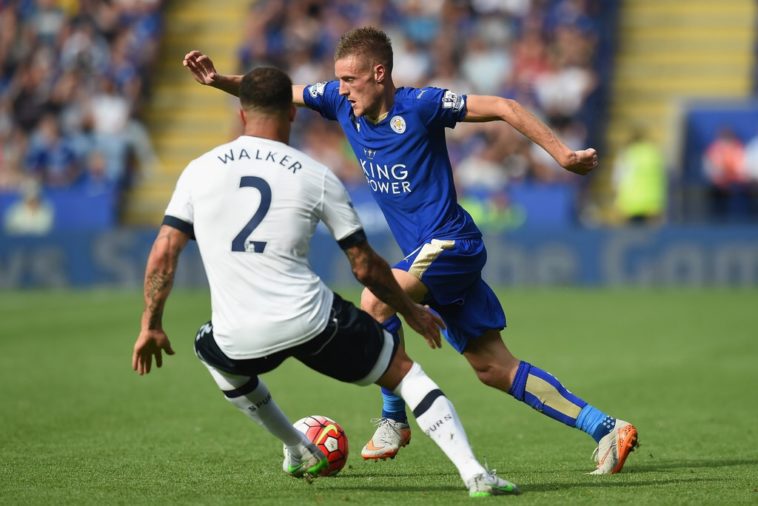 Like any teenage football fan in this era I have often found myself killing time when there’s no actual football on by playing EA’s most recent ‘FIFA’.

For anyone not particularly familiar with the game, it’s always an absolute essential to have a very quick attack and in most cases entire teams of fast players. Many people beaten by such a team usually complain that the game is “not realistic.” But there’s certainly an element of realism that the modern game revolves around pace.

As a Stoke fan I was obviously dismayed and confused by our recent performance against Tottenham but the key difference between the two teams (other than our 2 week holiday and their game earlier that week) was the pace in the respective sides.

Spurs fullbacks ran us ragged. The difference in the speed of our left back Erik Pieters and Spurs’ infamous wingback Kyle Walker unbelievably obvious at times. Not only were Spurs quicker in wide areas but the attacking midfielders of Eriksen and Alli were running past the Stoke double pivot of Whelan and Adam at will. 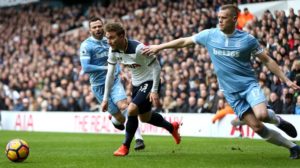 Even though this phenomenon became startlingly apparent to me on Sunday, the change in pace players are required to have has been a long time coming in football.

This seems to be particularly true for central midfielders as players such as Andrea Pirlo, Xabi Alonso and Michael Carrick are becoming a dying breed. These players, in different ways, are more valued in their teams for their technique and mental ability.

Obviously their dying breed status could merely be down to their respective ages, but most young central midfielders with the ‘exciting prospect’ tag are in no way short of pace eg: Renato Sanches, Dele Alli, Riechedly Bazoer.

As previously mentioned, the position which seems to have been most affected by an increased need for speed has been fullbacks. As the game has adapted to require a more attacking influence from fullbacks, pace is also an absolute essential to prevent being caught easily out of position. All the Premier League’s current top fullbacks seem to have one thing in common, pace. Walker, Bellerin, Coleman, Valencia, Rose.

Another current trend being wingers being encouraged to cut inside. Players like Juan Mata, David Silva, Christian Eriksen and Eden Hazard all play wide and cut in to open up the shooting angle. This has also lead to fullbacks often being the widest players on the pitch and with all the ground they need to cover both getting crosses in the opposition box and attempting to block crosses into their own, it makes sense for speed to be a requirement.

Not everyone is quick

However, there are still world class players in the game who don’t need unbelievable pace to affect a game such as Ozil, Kroos and Busquets. These players instead use their passing and positional ability to create chances for teammates and retain possession.

But it could also be argued that despite these players’ individual games not relying on pace, the teams they are involved in very much do. Ozil is often looking for the pace of Alexis Sanchez with his through balls. Kroos has Bale and Ronaldo on each wing whilst Busquets has the options of Messi, Suarez and Neymar. 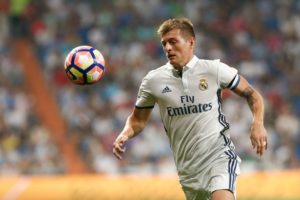 Leicester City’s fairytale season last term was also built around a similar principle. The Foxes became the unlikeliest of Champions with a solid defensive shape, backed up by a dynamic midfield. They weren’t bothered to surrender the ball to the opponent, but once they had it, the likes of Mahrez, Vardy and Okazaki broke with speed.

Only in rare cases to entire teams seem to be able to manage without players with speed, mostly teams which sit a deep defensive line hoping for set pieces as their main attacking threat. One team who proved surprisingly successful with this strategy was Iceland at the Euros.

The two banks of four proved incredibly difficult for England’s pacey players such as Walker and Vardy as space in behind was incredibly restricted. Their attack also relied on a similar discipline with the consistently successful long throw throughout the tournament which England also fell victim to.

Is the current lust for pace in football just a short term trend? Is it a natural and undeniable part of the games’ natural progression? Leave your thoughts in the comments.