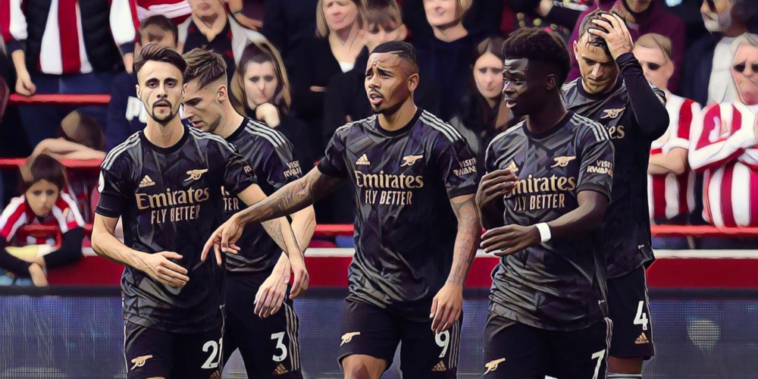 Thomas Frank believes Arsenal are title contenders this season after watching his Brentford team lose 3-0 to the league leaders.

The Gunners continued their strong start with a sixth win in seven games at Brentford, as goals from William Saliba, Gabriel Jesus and Fabio Vieira saw Arsenal return to the top of the division.

Mikel Arteta’s side are hoping to end their exile from the Champions League this season, having not finished inside the Premier League’s top four since the 2015/16 campaign.

Frank, however, believes the Gunners could even challenge for the Premier League title on the evidence of their early season form and performances.

“They are top of the table so you cannot argue with that, they have done brilliantly,” the Brentford boss said, as per The Guardian.

“Looking at the quality, they must be title contenders. From what I’ve seen in the seven games, I think they’ve been very good: they’ve won fair and square in six and the other game could have gone either way. [Gabriel] Jesus, wow, what a player … it’s nothing against [Manchester] City but sometimes it clicks in a different environment.

“[Bukayo] Saka and [Martin] Ødegaard are a year older: Ødegaard, what a player. Saliba, ooft. He’s going to be a full international player for France, I’m sure. He’ll start for that team and that’s a strong international team.”