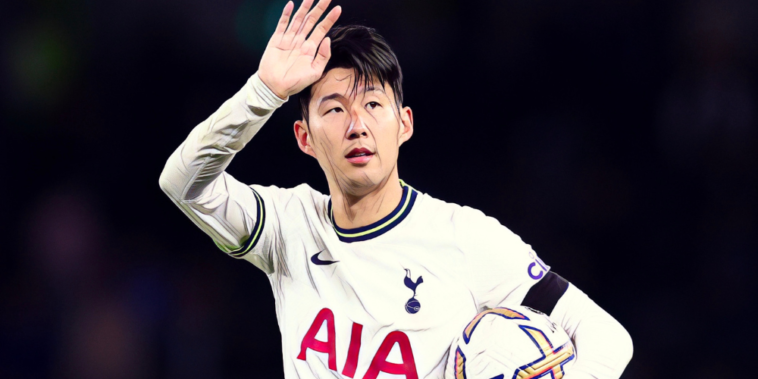 Substitutes are a vital part of modern football and managers will always hope to make the right selection when assessing their options to come off the bench.

Few, however, would imagine their ‘super-sub’ scoring a hat-trick, but there is a select group of players to have achieved that notable feat throughout the Premier League era.

Son Heung-min is the latest name to have joined an exclusive group, after coming off the bench to end his goalless run for Tottenham with a quick-fire treble against Leicester.

Following Son’s super showing as a substitute, we look at the players to score Premier League hat-tricks after coming off the bench.

The archetypal ‘super-sub’, Solskjaer developed a reputation for influencing proceedings off the bench throughout his time at Manchester United, including a stoppage-time final winner as Sir Alex Ferguson’s side won the Champions League in 1999.

Earlier that season the Norwegian had showcased his ability to score from the bench during a record-breaking cameo against Nottingham Forest at the City Ground, as he scored four times after his introduction as a substitute.

Solskjaer’s haul all came in the final ten minutes of a one-sided contest, having only entered the play in the 72nd minute of a fixture that United won 8-1. No player has ever scored more goals off the bench in a single fixture, whilst only three players can better his record of 17 Premier League goals as a substitute.

Jimmy Floyd Hasselbaink became the second substitute to score a Premier League hat-trick on a memorable afternoon for the Dutchman in March 2004. His treble against Wolves came on his 32nd birthday and saw the forward become just the third overseas player to reach a century of Premier League goals.

A topsy-turvy contest at Stamford Bridge had threatened to get away from Claudio Ranieri’s side as the visitors took a shock lead before the introduction of Hasselbaink on the hour.

Frank Lampard equalised for the west London side before Hasselbaink’s intervention, as the Netherlands international fired home a trademark piledriver to put Chelsea in front before completing his treble with two goals in the final three minutes.

The only player to have scored a hat-trick in the Premier League, all three divisions of the English Football League, the League Cup, the FA Cup, and for his country in an international match, Robert Earnshaw is already a piece of pub quiz trivia and among the six players to register a Premier League treble off the bench.

Earnshaw’s intervention came during a clash between Charlton and West Brom at the Valley, where the struggling Baggies produced a fine result to win 4-1 and give their hopes of Premier League survival a major boost.

The Welsh international came off the bench after 64 minutes with the scores level and put West Brom ahead with a headed effort, before he raced through for a second and completed his treble from the spot.

The win for West Brom over the 10-man hosts – who had Talal el Karkouri sent off in the first half – proved vital in preserving their top-flight status. Bryan Robson’s side became the first side in Premier League history to survive after being bottom at Christmas.

Emmanuel Adebayor joined this exclusive list of ‘super-subs’ after putting Derby County to the sword in 2008, as Arsenal ruthlessly disposed of the Premier League’s worst ever side at Pride Park.

The Togo international stepped into the role vacated by Thierry Henry’s departure to Barcelona and enjoyed the most prolific season of his career in 2007/08. He scored 30 goals in all competitions to be named as African Footballer of the Year.

Amongst that haul included a fine hat-trick against a Derby side who registered just one win and 11 points all season, with the forward coming off the bench at half-time to notch a treble in an emphatic 6-2 victory.

His treble also saw Adebayor become the first player in Premier League history to score a hat-trick both home and away against the same opposition in a single season, having also scored three times as Derby were thrashed 5-0 at the Emirates in September.

Sir Alex Ferguson’s final game in management produced one of the most bizarre Premier League contests of all-time, as Manchester United and West Brom shared ten goals in a pulsating draw at The Hawthorns.

United – already confirmed as Premier League champions – twice raced into three-goal leads, only to be pegged back by the resilient hosts who were able to call on the services of a prolific loanee.

A teenage Romelu Lukaku had enjoyed a fine temporary stint in the Midlands and signed off as a West Brom player in impressive style, coming off the bench at half-time to score a brilliant hat-trick and secure the hosts a point.

Lukaku’s first came with a perfectly passed finish into the corner with his weaker right foot, before demonstrating the pace and power he would become renowned for to race through and net a second.

The forward then completed an incredible comeback by bundling the ball home with his head from close range, as West Brom scored three times in the final nine minutes to stun the recently-crowned champions.

Steven Naismith must have been disappointed to have been left out of Everton’s clash with Jose Mourinho’s Chelsea in 2015, but his disappointment would not last long as he was introduced in place of the injured Mo Besic after just 15 minutes at Goodison Park.

The Scotland international proceeded to prove a point and demonstrate just why he should have been in the starting XI, scoring a perfect hat-trick to seal a memorable victory for the Blues on Merseyside.

The forward’s first came via a header from Brendan Galloway’s cross, before doubling both his and Everton’s tally with a driven effort just five minutes later.

Naismith completed his treble with a slotted finish late on, securing the match ball and his place in the history books.

Son Heung-min became the seventh Premier League substitute to score a hat-trick this weekend, as he came off the bench to punish struggling Leicester.

Son arrived into the game without a goal in eight games and was named on the bench as Antonio Conte rotated his Spurs side. Eager to make his mark after being introduced just before the hour, he broke his drought in stunning style with a spectacular goal from distance.

Confidence restored, he added a second with another brilliant bending finish from outside the area, before sliding home a third after being released in behind.

Son’s treble came in less than 14 minutes as the South Korean ran riot, scoring the third Premier League hat-trick of his career.