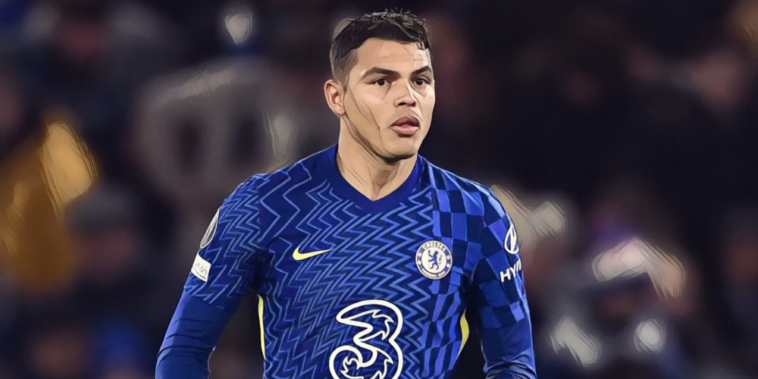 Thiago Silva’s contract extension at Chelsea is a ‘matter of time’ as the veteran defender closes in on an agreement with the European champions.

Chelsea are in negotiations with the Brazilian over an extension to his deal, with Silva’s current contract set to expire at the end of the season.

The 37-year-old has been a central figure for the west Londoners since signing from Paris Saint-Germain on a free transfer in 2020, making 51 appearances across all competitions and forming part of the side that won the Champions League last season.

Chelsea are keen to reward the centre-back with a new deal and are understood to be closing in on an agreement, with Fabrizio Romano reporting that an announcement over Silva’s contract extension is regarded as a ‘matter of time’.

Chelsea are preparing their new contract proposal for Thiago Silva. New deal until June 2023 to be completed soon. Sources see his contract extension as ‘matter of time’ 🔵 #CFC

Thiago Silva wants to stay as he’s loving Chelsea life – board and Tuchel are ‘super happy’ with him. pic.twitter.com/8wtTbch1z1

Silva has made ten league starts for Chelsea this season and is keen to continue performing at the highest level next season, having starred as an experienced figure at the heart of Thomas Tuchel’s side.

The news over Silva’s extension will come as a major boost for the Blues, who have yet to agree new terms with both Antonio Rudiger and Andreas Christensen.

The defensive duo are also both out of contract at the end of the campaign and have been linked with exits from Stamford Bridge, though Chelsea remain determined to persuade each to commit their futures to the club.