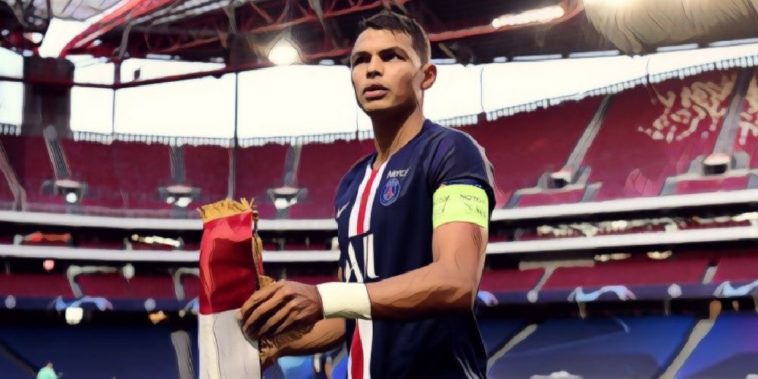 Thiago Silva has confirmed his exit from Paris Saint-Germain following the club’s defeat to Bayern Munich in the Champions League final, with the defender reportedly ‘close’ to completing a free transfer move to Chelsea.

The veteran defender will leave the French champions as a free agent after eight trophy-laden seasons with PSG, with the Brazilian having confirmed the club’s loss to Bayern was the final appearance of his career with the Parisians.

“I’m sad and I’ll be back with another role in future but I’ve to change. I want to play for another three or four years more and be part of Brazil team in Qatar World Cup.”

Silva captained the side during their run to a maiden Champions League final and his availability on a free transfer has alerted several sides including Chelsea, with Sky Sports reporting that the west London side are closing in on the signing of the 35-year-old on a one-year deal.

Frank Lampard has been desperate to bolster a defence which conceded more goals than any other side in the Premier League’s top half last season, and views Silva as a cost-efficient and high-quality addition to the Blues’ defensive ranks.

The Brazil international will arrive at Stamford Bridge with a wealth of experience having won seven league titles during a glittering career with PSG, whilst his signing could allow Lampard to sell one of his four first-team centre-backs in a bid to raise further funds for transfer activity.

Reports this weekend suggested the club were closing in on an agreement for England left-back Ben Chilwell, with Leicester believed to have lowered their demands amid the financial impact of the coronavirus pandemic.

Talks are also continuing over a big-money move for Bayer Leverkusen midfielder Kai Havertz, Chelsea looking to continue an impressive summer of recruitment following the confirmed arrivals of Hakim Ziyech and Timo Werner.