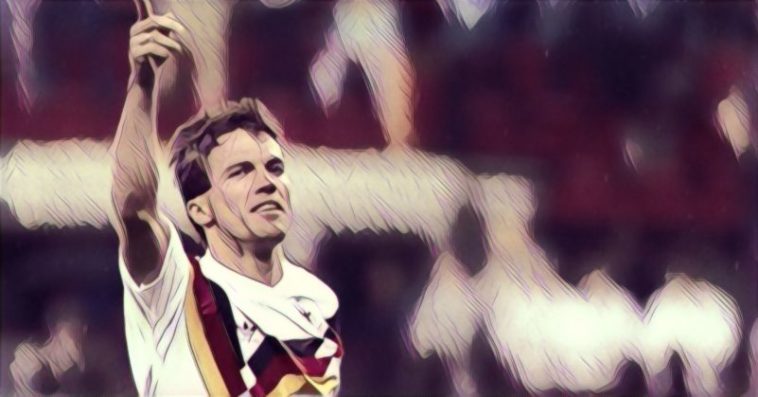 There can be little argument that representing your Country on football’s greatest stage the World Cup is the absolute pinnacle of any players career.

For most however just playing once at football’s most prestigious competition is enough to fulfil their childhood dreams, but there are certain players who are truly special and have managed to play at multiple tournaments.

Here are the five players with the most ever World Cup appearances.

Wladyslaw Zmuda is a former Polish defender who earned 91 caps for his country. During the course of his international career he would find the back of the net just twice. Zmuda was a young enthusiastic participant at the 1974 FIFA World Cup. The success of Poland in that World Cup and Zmuda’s accomplishments went hand in hand as Poland achieved a comprehensive third place finish and Zmuda won the Best Young Player of the tournament award.

In the 1978 tournament Zmuda became a crucial player for Poland as once again they finished third with a spectacular overall performance. The Polish team was once again knocked out in the semi-finals in the 1982 FIFA World Cup by eventual champions Italy and once again they had to agonizingly settle for the third place. This was Poland’s and Zmuda’s third consecutive third place finish. Zmuda made one final appearance in the 1986 World Cup where Poland surrendered in the round of 16.

Zmuda by the end of his playing time established himself as a veteran and a highly respected player. He was one of the mainstays of the Poland’s “Golden Generation” and was one of the pioneers who took his Country to the zenith of World Football.

Every person who watches football isn’t a stranger to the name of Diego Armando Maradona. Most notably known for guiding Argentina to World Cup glory in 1986, Maradona inherited a nickname “El Pibe de Oro” (The Golden Boy) for displaying his precocious talent.

Maradona began his World Cup journey in 1982 where Argentina reached the second round and Maradona along with a group of young players underperformed. Four years later, Maradona returned to the World Cup stage as captain and single-handedly drove Argentina to the famed World Cup trophy courtesy of an emphatic exhibition of football from him.

The 1990 World Cup saw Maradona driven Argentina reaching the World Cup finals once again but this time Maradona couldn’t add a third star to the Argentina jersey as they ended as runners-up in heart breaking fashion. The 1994 World Cup proved to be a controversial affair for Maradona as he was sent home after being testing positive for a drugs test and was only able to add two appearances to his already huge tally.

Maradona was a classic number 10, a scorer of some truly great World Cup goals and controversial ones. He was an outstanding player with skills and ability on a level above the rest.

Legendary Italian and AC Milan defender, Paolo Maldini will be forever remembered the world over, as one of the greatest defenders to have ever graced the beautiful game. With a career spanning two decades, Maldini displayed courage, grit and passion for the game all throughout his career.

The versatile defender‘s World Cup career started on home soil in the 1990 tournament. He was a regular starter in defence as Italy kept five continuous clean sheets and finished third at the tournament. This was just the start for an exciting young Maldini. He then led the Italian side to the World Cup final in 1994 and had played as a centre-back as well as full-back during the progression of the tournament.

The 1998 World Cup was a mixed bag for Italy however. They started out strongly topping their group but crashed out in the quarter-final stage. Despite Italy’s contrasting performances, Maldini was solid as a rock in the defence.  The 2002 World Cup outing was more disappointing as the Italians finished second in their group and were knocked-out controversially by co-hosts South Korea in the Round of 16. Italy’s fiasco didn’t stop Maldini from maintaining his reputation as one of the greatest defenders ever though.

The great Italian defender never lifted the trophy and the World Cup remains one of the only titles in world football, not claimed by Maldini. He enjoyed a fruitful career and was regarded as one of the toughest and a complete defender to have ever entered the football field.

The top scorer in World Cup history with 16 goals, Miroslav Klose represented Germany in four World Cups. Klose made his international debut against Albania in the 2002 World Cup.  He came to international prominence when he scored five headed goals and ended as joint second-highest goal scorer along with the great Rivaldo.

In the 2006 tournament, he bettered his own record as he notched five goals and won the Golden boot at the end of the tournament. Germany impressed as they won the third-place match. The 2010 tournament saw Klose equal Gerd Mueller’s all time German World Cup scoring record.

Germany were getting closer and closer to the trophy with each tournament and the honor of being crowned as World Champions was now in sight. The moment finally arrived in the 2014 edition when they defeated Lionel Messi’s spirited Argentina in extra-time. Klose stated he wanted to give one more shot at winning the World Cup and finally lifted the trophy at his fourth attempt. He also went on to break the record of most World Cup goals in the tournament surpassing Ronaldo’s tally of 15 goals.

A prolific goal scorer, who was known for his ability in the air, Klose has written his name in the history books as one of the greatest World Cup legends.

Former German captain Lothar Matthaus led his country to victory in the 1990 World Cup in Italy. He appeared 25 times, during his stint in the national squad in the 82, 86, 90, 94 and 98 editions of the tournament. A box-to-box midfielder, Matthaus guided the side for over two decades, enjoying one of the longest international careers, in the history of the game.

Matthaus was largely used as a substitute, making two appearances at the 1982 World Cup but this was just the beginning of his illustrious career. In 1986 World Cup, he became a regular first team member and had a prosperous World Cup campaign as West Germany only lost to Argentina in the final. Despite his play-making ability he was assigned the impossible task of keeping Diego Maradona silent.

He laid his hands on the prestigious World Cup trophy in 1990. Matthaus capitalised on opportunities from midfield scoring four goals in the tournament. Germany enjoyed a golden period where they reached the World Cup finals on three continuous occasions and lifted the trophy on the third attempt.

The 1994 tournament hosted in the USA was expected to be his last FIFA World Cup where he operated as a sweeper and the Bulgarians caused an upset to the defending World champions. He was not called up for international duties until the 1998 World Cup as a replacement. He wasn’t extensively used but was used effectively as a sub until Croatia knocked them out in the quarter finals.

A versatile and complete player, Matthaus was renowned for his perceptive passing, positional sense, well-timed tackling, as well as powerful shooting. A decorated player in all aspects of the game, winning every trophy in world football, Lothar Matthaeus is a German and football legend. With 150 caps for Germany, he is also the most capped German footballer of all-time.