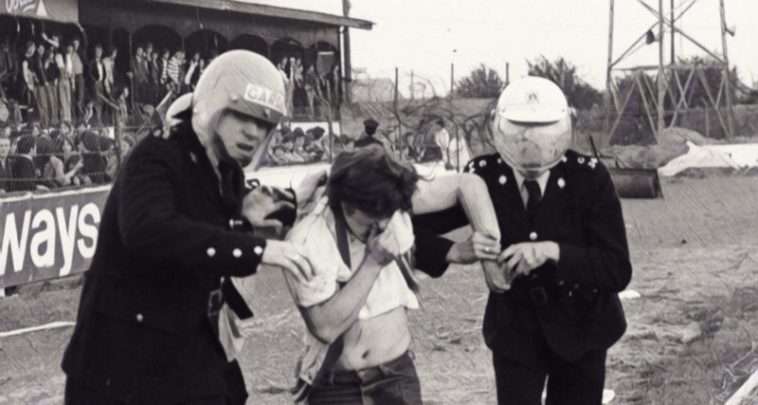 On the evening of 28 August 1979, John Hardy (43) of Ashton Street, New Lodge, Belfast, sat down to his evening tea in his kitchen. Before he had put food to mouth, he was shot down callously in front of his six children.

The Ulster Volunteer Force claimed responsibility for the shooting, Mr. Hardy’s only crime was that he was a Catholic. This attack was in revenge for the killing of Lord Mountbatten the day before, a cousin of the Queen of England, the IRA left a booby-trap bomb on his fishing boat in Mullaghmore, Co. Sligo. In the explosion, three other people also perished: Lady Brabourne (82), Nicholas Knatchbull (14), Mountbatten’s grandson, and Paul Maxwell, a fifteen-year-old crew member.

To the backdrop of this daily violence on the island an important European Cup tie was scheduled for 29 August to take place between the pride of Loyalist Belfast, Linfield FC, and Dundalk FC from the Irish border county of Louth. Dundalk were then champions of the League of Ireland while Linfield the winners of the Irish league. In the halls of Switzerland, UEFA did not realise the carnage this draw would cause.

Football on the island of Ireland had been separated since 1921 when the Leinster league decided to break from the Belfast-based Irish Football Association leading to the founding of a Free State national football team, aptly named in later days ‘The Republic of Ireland’ by the European powers of football.

It was to be a night in Oriel Park, Dundalk where the concept of an All-Ireland football league was killed stone dead. Two hours of raw naked tribalism on the terraces convinced even the most reformist of folk that football had been permeated by the conflict and any attempt at reconciliation was pointless.

Prior to the game, Linfield had issued a blunt seven-point directive to its 5,000 strong travelling support – at the heart of the directive: “please behave in a dignified manner”. Roy Coyle, then player-manager of Linfield, also called for calm in the build-up. The former Sheffield Wednesday player who was capped five times for Northern Ireland had become boss of the Blues in 1975.

Coyle, who schooled with Van Morrison, grew up in the same Belfast area as Derek Dougan, the former Wolverhampton Wanderers striker and PFA chairman who had organised the 1973 game between an All-Ireland XI against the mighty Brazil at Lansdowne Road. Dougan was subsequently dropped from ever playing for Northern Ireland again for his vision of unity. 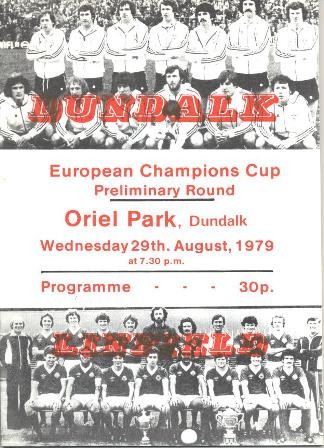 Due to security concerns Coyle and Linfield travelled down the night before, crossing the border they were shepherded to their hotel by the Irish police force, An Garda Siochána. On arrival there was a crowd waiting for them.

On the afternoon of the game, as Linfield fans flocked into Dundalk town, pleas for calm and following directives had fallen on deaf ears as trouble flared between the visitors and locals. Running battles between Linfield fans and 400 Gardaí, who had been drafted into the town, raged right up until kick-off.

These days Oriel Park is a substandard ground, and back them it was very much a basic facility where fans could roam from one end of the ground to the other, which suited the travelling support perfectly in their quest for destruction. Their initial plan was to rip a tri-colour to shreds, which waved on the one flagpole in the ground.

As the Dundalk players put the match in motion that evening a full-scale riot took place in front of their very eyes, as policemen ran across their path to try and quell the disturbances. The Linfield fans commandeered the small stand roof, firing bottles from above and fought for ground supremacy with local youths throughout the 90 minutes leading to scores of casualties. This included injuries to a dozen policemen, turning the changing rooms at Oriel into the grim characteristics of a field hospital.

On the pitch, Dundalk started brightly with Martin Lawlor firing a volley narrowly wide after five minutes as the teams headed for the sanctuary of the break, scoreless. The restart was held up due to further skirmishes throughout the ground as Linfield players and officials pleaded with their own fans for “calm”.

Linfield winger Warren Feeney opened the scoring after his colleague Stephen McKee plotted a perfect opening. The winger converted a strike from the narrowest of angles beyond the grasp of Dundalk keeper Richie Blackmore. Blackmore would later go on to win Dundalk player of the year and the Irish Soccer Writers accolade after keeping an astonishing 26 clean sheets in the 1979/80 campaign.

The goal created further pandemonium on the terraces as Linfield fans again invaded the pitch. The northern outfit continued to dominate with Dundalk becoming erratic in their play, centre half Dermot Keely nearly conceding an own goal soon after. The home side looked resigned to defeat until with nine minutes left divine intervention arrived in the form of Dundalk super sub Liam Devine. The visitors failed to clear a corner and Devine snooped in with a header from a cross by Dunning for the equaliser.

Amidst the carnage around him P. Partridge, the referee from England, put whistle to lips, concluding the game as players sprinted off the turf. After the final whistle the travelling support were escorted by riot police to their buses, which by the time they had got on the Newry Road out of Dundalk had their windows smashed by local ambushes, the road littered with glass that night. Dundalk captain Mick Lawlor  told the national scribes in the clubhouse: “That was the most frightening experience of my sporting life.”

Phillip Greene, the RTE radio commentator on the night, said there were ”3,000 wild men who have no appetite for football, but only an insatiable desire to cause bloodshed, damage and act inhuman.” The Dublin-born broadcaster summed up the events aptly: “You couldn’t call it anything else but a night of shame.”

In situ that night was official UEFA observer Leo Callaghan of Wales, whose report back to headquarters led to Dundalk being fined 3,000 Swiss Francs, in local currency around £900 Irish punts. Linfield were also fined and made to pay damages for the destruction of Oriel Park by their fans. The second leg was due for Windsor Park seven days later, however, UEFA also produced a radius within which Linfield could stage the match; neutral grounds on the island of Ireland and Great Britain were out of bounds.

On 5 September Linfield and Dundalk kicked off their second leg preliminary round tie on the outskirts of Amsterdam, at the home of HFC Haarlem. Linfield received a green light from the suits of UEFA for the game to go ahead in the Netherlands, paying Dundalk’s expenses for the trip.

The Blues were friendly with the Dutch club through their Welsh manager at the time, Barry Hughes, who gave a young Ruud Gullit his first professional football contract. So, in front of mainly locals in the tranquillity of the Lowlands far from ‘The Troubles’ of the Emerald Isle, Dundalk ran out 2-0 victors and qualified for the next round.

Today, amid a successful peace process on the island, mutterings of a new All-Ireland league are commonplace, with former Irish manager Brian Kerr and new FAI CEO Niall Quinn leading the calls. One of the cross-border community projects created through the peace process was ‘Dunfield’, instigated by Dundalk and Linfield to forge closer links between their respective communities. The ‘Battle of Oriel’ seems like a lifetime ago, thank God.

Read Also – How young is too young? The potential risks of thrusting teenagers into senior football

Why did you not mention the bomb that killed 18 British soldiers at Warrenpoint, 10 miles from Dundalk, which was 2 days before this as well? I think that had more to do with this than Mountbatten.