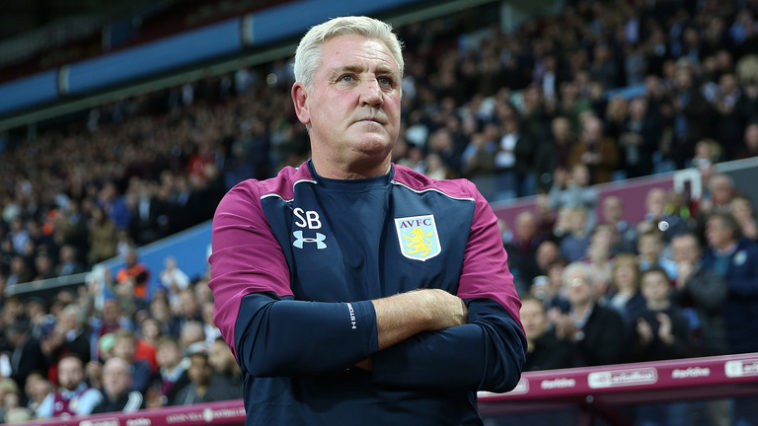 Relegation to the second-tier has been tough for Aston Villa. Finding little to no success this season, the midlands club are set for another season in the Championship.

However the appointment of Steve Bruce is a welcome one, as performances and results have improved upon his arrival to Villa Park. There is no doubt that Steve Bruce shall have a planned project to undergo at Villa Park in the next 12 months.

It is no secret that Aston Villa’s squad is packed. More specifically their numbers in options for midfielders is far too overwhelming. In addition to this there have been a number of issues with some of their players.

For example; striker Gabriel Agbonlahor has had his fair share of issues with the club, thus resulting in minimal gametime this season. Also, most recently summer signing Ross McCormack and his Villa career looks all but over. This was due to the Scottish international missing training sessions on a regular basis. It was claimed that his front-gate prevented him from leaving his house. Subsequently he was sent out on loan to Nottingham Forest for the remainder of the season.

It would seem as if Steve Bruce has a lot of dead wood to shift during the summer, as well as his own additions to the squad to be brought in.

Last Summer Aston Villa signed nine players and sold ten first-team players. However manager Steve Bruce is not about to repeat that once again, as he has already outlined his plans for the forthcoming summer transfer window. Bruce has claimed he is only bringing in “One or two” new signings. This is because he claims he is happy with his current squad for the next season ahead.

At this point, that would appear to be the smartest move for the club. As last summer proved to be a waste for the club, Steve Bruce shall want to establish some kind of stability within his squad.

After their disastrous season in the Premier League last year, things were always going to be tough for Aston Villa.

They are currently sat in 12th place, 11 points off the play-offs with just seven games to go. Therefore, barring some kind of miracle, it seems as though Villa will have endure a second-consecutive season in the Championship.

Poor performances and results against the likes of Barnsley and Bristol City have set Villa back this season. While they are not out of reach from the play-offs, there chances of creeping into the top six look highly unlikely.

The next 12 months will be huge for Aston Villa, and Steve Bruce will certainly have his work cut-out to get back to the Premier League. However, I believe Steve Bruce is the ideal man to meet the task. He has plenty of experience of getting clubs out of the Championship. Whether he will be able to add Aston Villa to that list remains to be seen.

Please help to support Football Faithful by sharing this article on social media.

We also have vacancies to write about Aston Villa on a regular basis. If you are insterested, please apply to write for us.