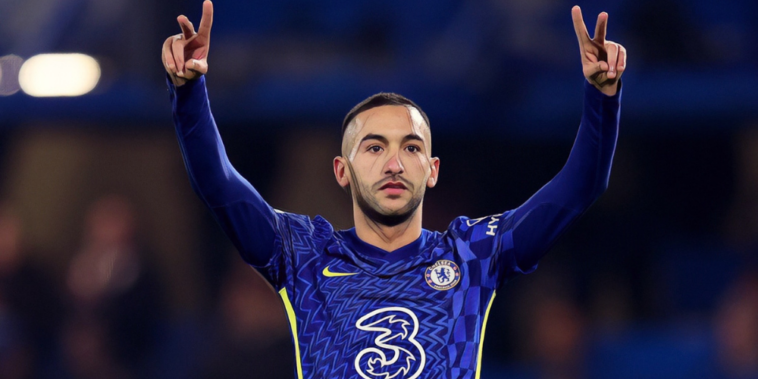 Erik ten Hag has been urged to make a move for Hakim Ziyech, with Marco van Basten believing the Chelsea winger would make a ‘very good’ signing for Manchester United.

Ten Hag has began preparations ahead of next season after being appointed as the new manager of Manchester United, with the Dutchman having led Ajax to a third consecutive Eredivisie title before making the move to the Premier League.

The 52-year-old will be tasked with overhauling the Red Devils squad after a disappointing season and Ajax great Van Basten has urged Ten Hag to raid a Premier League rival.

Ziyech starred under Ten Hag during a successful period at Ajax, providing 129 goals and assists in 164 appearances for the Dutch side.

He moved to Chelsea in a £33.3m deal in 2021, but has struggled to command an automatic role and has started just 12 league fixtures this season.

Speaking on Ziggo Sport’s show ‘Rondo’ – which featured Ten Hag as a guest – Van Basten stated his belief that the Moroccan could be a fine signing for the incoming United manager.

“What comes to my mind now is that I think Ziyech, who already plays in England, could be a very good footballer at Manchester United for Erik.”