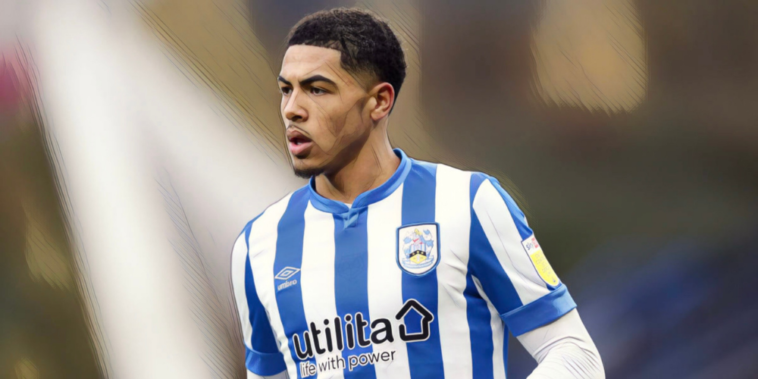 Loan moves can be a crucial part of the development stage for emerging talent, with some of the Premier League’s leading names having benefitted from exposure to regular first-team football during temporary spells at other clubs.

Premier League sides have once again loaned a number of exciting prospects to clubs in other divisions, as they bid to secure consistent minutes for players who have seen their paths to senior football blocked.

There are a number of names who have enjoyed impressive loan spells this season and we’ve picked out five Premier League loanees who are ready for a top-flight breakthrough in 2022/23.

Manchester United are in search of midfield reinforcements this summer, with the centre of the pitch having been a problem position for the Red Devils in recent seasons.

The club are also set for an exodus of senior talent and a host of midfield options – including Paul Pogba, Nemanja Matic, Jesse Lingard and Juan Mata – are all expected to leave on free transfers.

Erik ten Hag will have a chance to run the rule over his squad this summer and will want to check on the progress of James Garner, who has enjoyed an excellent season in the Championship on-loan at Nottingham Forest.

Garner has scored four goals and provided eight assists for the promotion hopefuls, who are 90 minutes away from the play-off final after beating Sheffield United 2-1 in their semi-final first leg.

Garner’s composure in possession and set-piece threat are all valuable qualities as United look to reshape their midfield next season and the 21-year-old should be given a chance to impress the incoming manager in pre-season.

Forest will be keen to extend his deal should the club return to the Premier League for the first time since 1998/99 with Garner having been one of the second-tier’s stand-out midfielders and player ready for a chance at the next level.

Levi Colwill has made headlines in his first loan spell away from Chelsea, with the defender having become an instant favourite at Huddersfield Town.

Colwill has flourished amid the exposure to Championship football and his performances are understood to have seen Leicester make an enquiry into taking over his loan deal in January.

The 19-year-old – who has shone on the left-side of a back three – has helped Huddersfield into the play-off final with a superb season and believes he is ready for the step up into the Premier League next season.

“I think I’m ready. I’ve learnt a lot this year so the next step I hope will be in the Premier League with Chelsea, Huddersfield or whoever,” he told The Athletic.

“I’ve improved my defensive side a lot. I’m winning more headers, being more aggressive. When I was playing for Chelsea’s under-23s I wasn’t as much of an aerial threat. But now I can win headers, I can challenge more. I still have a lot to improve. I have to work on my defensive side, marking and things like that. I’ll always look to improve.”

Huddersfield have had several notable loanees in recent seasons with Ben Chilwell and Emile Smith Rowe among the names to have played for the Terriers before becoming household top-flight names.

His development this season could prove timely for Chelsea, who are facing the task of replacing Antonio Rudiger and Andreas Christensen next season. The solution might already be on the Blues’ books.

Will William Saliba be handed a long-awaited chance at Arsenal next season?

Saliba signed for the Gunners in a £27m deal from Saint-Etienne in 2019, but has failed to make a first-team appearance for the North Londoners and has spent the past three seasons on loan in France.

The 21-year-old has enjoyed the best season of his career this term in the colours of Marseille, starring for a side who are third in Ligue 1 ahead of the final fixtures and closing in on Champions League qualification.

The centre-back was crowned as Ligue 1’s Young Player of the Year and earned a place in Ligue 1’s Team of the Year to complete a promising campaign in France, where has made 51 appearances across all competitions for Jorge Sampaoli’s side.

Marseille are keen to keep him at the club, but his progress this season means Saliba will be difficult to ignore for an improving Arsenal under Mikel Arteta.

Erling Haaland won’t be the only exciting attacking addition at Manchester City next season, with the club having secured a January deal for Julian Alvarez before loaning the forward back to River Plate for the remainder of the campaign.

Alvarez was named as South American Footballer of the Year in 2021 after a prolific period, with the 22-year-old scoring 20 league goals as River won the Argentine Primera División.

Julián Álvarez in the Argentinian League this season:

Alvarez has continued his fine form in 2022 and Pep Guardiola was full of praise for the star – who scored his first international goal for Argentina in March – following City’s capture of the forward in January.

“Up front, in the middle,” Guardiola told City’s official website when asked where Alvarez may fit into his team.

“I see a player more in positions between the pockets and the striker. A guy with this sense of goal has to play close to the goal.

“For the age, for the price, for many reasons for the future it is a really good deal. He is a guy who has a sense of goal, the quality, the movement in behind – a street player.

“He is so dynamic. I think when he is playing the goal is there in his mind with the way he finishes and makes the movements over five metres.

“He has the desire, the passion and the strength without the ball.”

Morgan Gibbs-White has began to fulfil his potential during a season-long loan at Sheffield United, with the midfielder having struggled for regular opportunities at Wolves.

Gibbs-White broke into the Wolves team as a teenager and has made 86 appearances across all competitions for the club, but a run of just 10 league starts since the start of the 2018/19 season prompted a move to Bramall Lane where he has since excelled.

“Special feeling. I wouldn’t have got it without my teammates. Just happy I’ve done it for Sheffield United.”

Morgan on being awarded the ‘Player of the Year’ award. 🏆🪄 pic.twitter.com/u8BZV4wAlI

The 22-year-old has 11 goals and 10 assists in the Championship for the Blades this season, his performances having helped Paul Heckingbottom’s side into the play-offs.

Gibbs-White formed part of the successful England u17 side that won the World Cup in 2017 and has watched on as fellow squad members in Phil Foden, Jadon Sancho, Emile Smith Rowe and Conor Gallagher have become prominent Premier League players and full internationals.