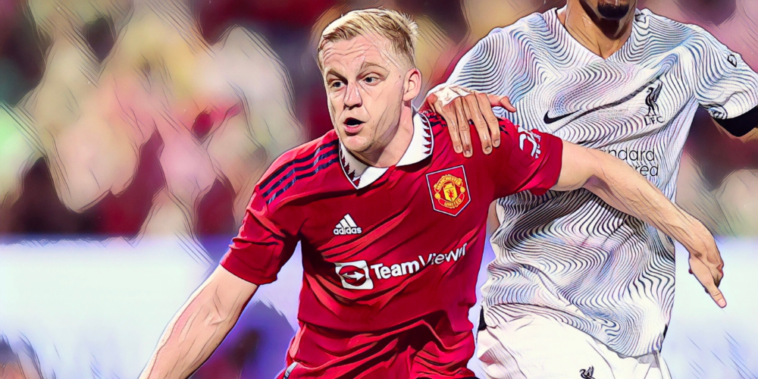 Erik ten Hag has revealed his thoughts on Donny van de Beek’s best position as the midfielder looks to revive his Manchester United career this season.

Van de Beek has struggled to make an impression since signing from Ajax in 2020 and has made just four Premier League starts for the Red Devils across two seasons with the club.

The 25-year-old failed to force his way into the plans of either Ole Gunnar Solskjaer or Ralf Rangnick and spent the second half of last season on loan at Everton, making seven appearances during a frustrating spell on Merseyside.

Ten Hag’s appointment as United boss has raised optimism that Van de Beek can turn his fortunes around, having worked under his compatriot during a successful spell at Ajax.

Van de Beek scored 41 goals in 175 appearances for the Dutch side and Ten Hag believes the midfielder’s best position is in an advanced role behind the forwards.

“He can do both. I know that from the past,” Ten Hag said at a press conference in Melbourne.

“But his best position, his best capability is in the box of the opponent.

“Playing short behind the striker, he has a really good smell of being in the right position.”