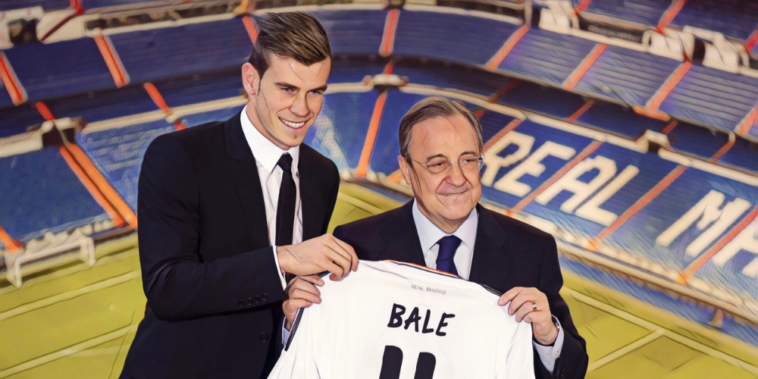 Manchester United were once viewed as the go-to destination in English football, having spent two decades as the Premier League’s dominant force under Sir Alex Ferguson.

The Red Devils are now approaching a decade without league title success and have gone five seasons without silverware of any form, with the club having struggled to bring in new additions so far this summer.

United have made the signing of Frenkie de Jong their number one transfer target, but talks over a deal for the Barcelona midfielder continue to drag on and reports having suggested the 25-year-old’s preference would be to remain at the Camp Nou.

De Jong would not be the first big name to have turned down United’s advances in recent seasons and we’ve decided to look at five of the best players to have rejected a move to Old Trafford since Ferguson’s retirement.

David Moyes was handed the unenviable task of replacing Ferguson at Manchester United, with the departing Scot having recommended his compatriot to the club’s board.

Moyes’ reign lasted less than a full season as United struggled in Ferguson’s absence, missing out on Champions League qualification for the first time in the Premier League era.

Moyes had struggled to bring in his desired transfer targets, including missing out on a deal for Gareth Bale. He revealed that he had hoped to make Bale – then the reigning PFA Player of the Year after a brilliant season at Tottenham – his first signing, but missed out to Real Madrid despite offering the Welshman a more lucrative deal.

“When I first went in to United my real target was Gareth Bale,” Moyes said in 2016, as per The Guardian.

“I felt all along that Gareth Bale was a Manchester United player and I fought to get him [from Tottenham] right up until the last minute. We actually offered him a bigger deal than Real Madrid but Gareth had his mind made up on going to Madrid. He was, though, in my mind, the player I really wanted.”

Another transfer target Moyes missed out on during his first summer in charge, a deal for Cesc Fabregas failed to materialise in 2013 despite interest from Old Trafford.

“The other one I came really close to getting was Cesc Fabregas, who we thought we would get [from Barcelona] right up until the last minute,” Moyes revealed, as per The Guardian.

“The Cesc one was disappointing, it was very close. I don’t know if those signings would have made the difference but I would have hoped that, given time, I would have been working with a successful Manchester United team.”

Fabregas chose to remain at Barcelona for a further season despite an offer from United, before returning to the Premier League the following summer.

He signed for Chelsea in a £30m deal and inspired the west Londoners to the Premier League title during his debut campaign, before adding a second Premier League winners’ medal in 2016/17.

Fabregas made 198 appearances in all competitions for Chelsea and departed English football as the second-highest assist provider in Premier League history.

Sadio Mane was on the radar of Manchester United in the summer of 2016, with the Senegalese forward revealing how close he came to a move from Southampton to Old Trafford.

Mane described a deal as ‘really close’ and confirmed a contract was in place, before a call from Jurgen Klopp proved persuasive in taking him to Liverpool.

“I have to say, I was really close to going to Manchester United,” Mane told The Telegraph. “I had the contract there. I had it all agreed. It was all ready, but instead I thought, ‘No, I want to go to Liverpool’.

“I was convinced to go with Klopp’s project. I still remember the first time I got the call from Klopp. He said, ‘Sadio, listen, I want to explain to you what happened at [Borussia] Dortmund’.

“That was when he thought of signing me for Dortmund and for some reason it didn’t work out. He tried to explain and I said, ‘it’s okay, it happened’. I forgave him.

”Then he said, ‘Now I want you at Liverpool’. And I said, ‘Okay, Dortmund is behind us, let’s focus on the future’. He said, ‘We have a big project at Liverpool and I want you to be part of it’.”

Winner of the Premier League’s Golden Boot and included in the PFA Team of the Year on four occasions, he scored 120 goals in all competitions for the Reds before departing for Bayern Munich this summer regarded as one of the finest forwards in world football.

Manchester United made a move to sign N’Golo Kante from Leicester in 2016, with the midfielder having been a huge influence on the Foxes’ shock Premier League title triumph the previous season.

Jose Mourinho had arrived as manager of the Red Devils that summer, but even a call from the ‘Special One’ was not enough to persuade Kante, who instead chose Chelsea.

“It was amazing to have Mourinho call me, even though I’d been warned before how he would appeal to me,” Kante said, as per Sky Sports.

Always smiling 😃
Always running 🏃‍♂️
Always giving it his all 💯

“I listened to his arguments about why I should move to United, but at that time I was hesitant between staying at Leicester or leaving for Chelsea.

“My discussions with them were already well underway. But when I spoke, I had a good feeling with Conte.”

Kante was named as the PFA Player of the Year and FWA Footballer of the Year after winning the Premier League in his debut season at Chelsea, and has since collected Champions League, FA Cup and Europa League winners’ medals among his honours in west London.

United, meanwhile, have lacked the security provided by a leading defensive midfielder for several seasons.

Erling Haaland’s rapid rise saw the forward emerge as a coveted talent at Red Bull Salzburg, with a number of clubs chasing his signature ahead of the 2020 January transfer window.

Ole Gunnar Solskjaer expressed his interest in signing his teenage compatriot, having had a hand in Haaland’s development during his time in charge of Molde.

“He is a player I like, we are always looking for good players,” Solskjaer said at the time, as per the Manchester Evening News. “Erling has had a nice development and he should keep developing where he decides to go. I don’t need to talk much about him.

“But as a team we are always looking for players who can complement the ones we already have. And then we will see what we end up with. The most important thing for all players, no matter where you are, that you are enjoying yourself where you are.”

Solskjaer is understood to have travelled to meet Haaland’s representatives in the weeks before the window opened, though missed out on his signature as Borussia Dortmund secured a £17m deal.

United’s refusal to include a release clause and meet the demands of the forward’s representatives saw Haaland turn down England in favour of the Bundesliga, where he has since developed into one of the world’s best forwards, scoring 86 goals in 89 games.

United will no doubt reject their reluctance to meet Haaland’s demands, with the forward set to be in direct opposition next season after joining rivals Manchester City in a £51m deal.