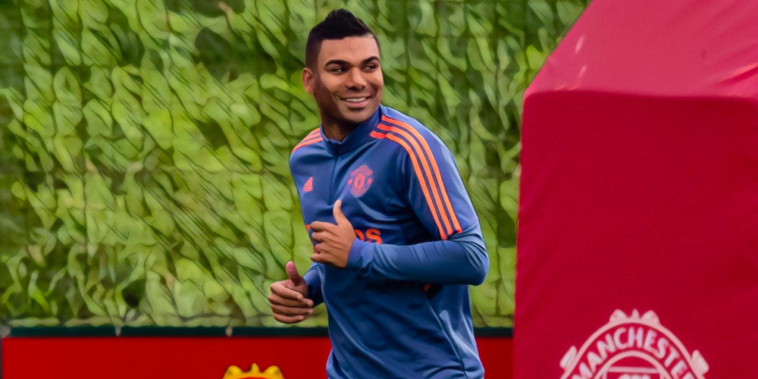 Erik ten Hag has provided fitness updates on Casemiro and Anthony Martial ahead of Manchester United’s trip to face Southampton this weekend.

United are hoping to build momentum after beating Liverpool to earn their first win of the season on Monday evening, bouncing back from successive defeats with a much-improved performance at Old Trafford.

Ten Hag’s options have been improved following the arrival of Casemiro from Real Madrid, with the five-time Champions League winner having joined up with his new teammates this week.

The Dutchman confirmed that the 30-year-old is in contention to make his debut at St Mary’s, though there was less positive news on Anthony Martial who will be absent against the Saints with an Achilles issue.

“Casemiro is fit. He did all the training sessions. He trained first individually and the last days he trained with the team,” Ten Hag told his pre-match press conference.

“Martial came out with a problem on his Achilles, out of the game, so we have to wait.

“I cannot tell a prognosis, how long it takes. I hope he will be available for the next game.”