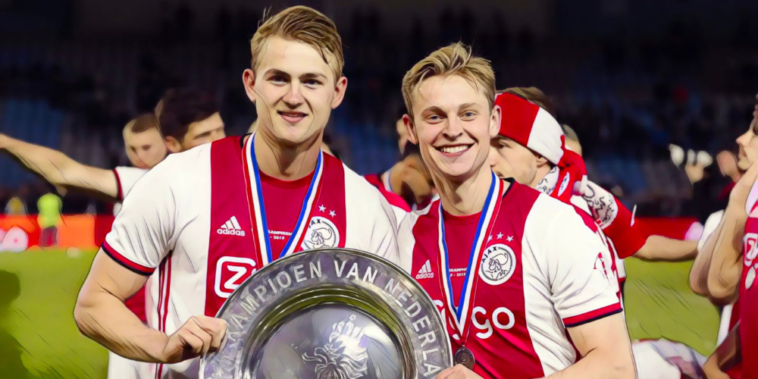 Manchester United are pushing hard to secure a deal for Anthony before the transfer deadline, with reports of a huge offer for the Ajax winger.

Erik ten Hag brought the Brazilian to Europe from Sao Paulo and he has since starred across two seasons at Ajax, with Antony scoring 12 goals and providing a further 10 assists in all competitions for Holland’s title winners last season.

The fee mooted could set a new record sale for the Eredivisie, as Ajax drive a hard bargain for the fleet-footed South American. Ahead of Antony’s proposed move to the Premier League, we look at the five most expensive sales in Eredivisie history.

Napoli spent big on the services of Hirving Lozano in 2019, parting with £36m to bring the Mexico international to Serie A.

Lozano had impressed at the World Cup the previous summer and had been courted across Europe following his initial emergence at Pachuca. The move to PSV Eindhoven proved a smart step up the footballing ladder however, as “Chucky” took the Eredivisie by storm.

He provided 63 goals and assists in 79 appearances for PSV in all competitions, with his record around the goal area firing the club to title success in 2017/18.

Despite Coppa Italia success, he struggled for regular first-team football during a disappointing debut campaign in Naples, but responded with 15 goals in 2020/21. However, he has largely failed to replicate his PSV form at Napoli and has scored 26 goals in 116 appearances in all competitions.

Tottenham beat off competition from several leading clubs to sign Davinson Sánchez from Ajax, completing a deal for a reported club-record fee of £42m.

The centre-back had caught the eye of Europe’s elite during an impressive first season at Ajax, who made a huge profit on a player signed for just €5 million from Atlético Nacional the previous summer.

Sanchez’s first season at Ajax saw him named as the club’s Player of the Season, having formed part of the team that reached the Europa League final. He scored six goals in 44 appearances in all competitions, demonstrating his aerial threat.

Sanchez’s career has failed to develop as hoped since swapping the Eredivisie for England however, with the Colombian centre-back’s time at Tottenham one mixed with periods in and out of favour.

He has made 182 appearances across five seasons in north London, but made just 17 from the start in the Premier League last season. Impressive after a recall to the team last weekend, he will hope to stake a claim for a long-term place in Antonio Conte’s plans.

Martinez shone during his three seasons with the Amsterdam outfit and was named as Ajax’s Player of the Season during their title-winning campaign in 2021/22.

Having operated in midfield and full-back, he has found a home in central defence where his range of passing and combative streak – one which has earned him the nickname ‘The Butcher’ – have impressed.

The 24-year-old has faced doubts since arriving into the Premier League, with reservations over whether his 5ft 9in height was suited to the demands of a centre-back in English football.

After a shaky start he produced a fine performance in Monday’s win over Liverpool and the Argentine will hope to build on that display in the coming weeks.

Barcelona added to a long lineage of Dutch imports with the £65m arrival of Frenkie de Jong, beating reported competition from the likes of Juventus and Paris St-Germain to the signing of the Ajax midfielder.

The deal cost Barca an initial £65m, with a further £9.5m in variables. De Jong had impressed as the playmaking pivot of Erik ten Hags’ side, one which won a domestic double and reached the semi-finals of the Champions League in 2018/19.

Ajax had signed De Jong from Willem II as a teenager with the midfielder progressing into the senior side, where his comfortability in possession and ability to pass through lines and avoid the press captured Barcelona’s attention.

He has since made 142 appearances in all competitions for Barcelona but has found himself at the centre of a summer saga with Manchester United and Chelsea among the clubs keen to sign him from the cash-strapped Catalans.

Matthijs de Ligt holds the record as the most expensive Eredivisie sale, leaving Ajax to sign for Juventus in a £68m deal in 2019.

De Ligt broke into the Ajax side as a teenager and scored on his senior debut, a goal which saw him become the club’s second-youngest goalscorer behind Clarence Seedorf. He became the youngest player to feature in a major final during Ajax’s defeat to Manchester United in the 2017 Europa League showpiece, having started the game at just 17 years and 285 days.

The prodigious talent of the centre-back saw him named captain whilst still a teenager and he led Ajax to a domestic double and the Champions League semi-finals in 2018/19.

De Ligt won the Serie A title during his debut campaign at Juventus, but the Bianconeri’s decline saw him depart this summer after three seasons in Turin.

The 22-year-old signed for Bayern Munich in a £68m deal this summer as Juventus recouped their initial investment on the Netherlands international.