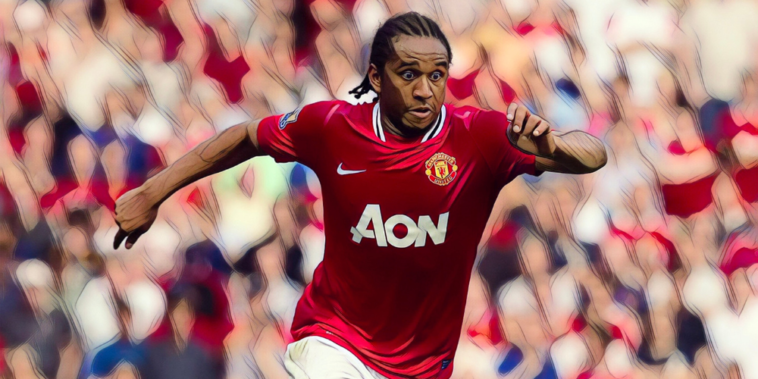 Manchester United have confirmed the signing of Casemiro from Real Madrid, with the club’s long search for a midfield enforcer ended following the capture of the Brazil international.

Casemiro arrives with a huge reputation after winning five Champions League titles at Real Madrid, while he has been a key figure for Brazil at international level with 63 caps for the national side.

Following his arrival at Old Trafford, we’ve decided to remember and rate the eight Brazilians to have represented Manchester United.

Kleberson became the first Brazilian to have represented the Red Devils, with the midfielder signed from Atletico Paranaense in 2003.

Kleberson had impressed as part of Brazil’s victorious World Cup squad the previous summer, but after moving to the Premier League struggled to replicate the levels he showed as the Selecao were crowned world champions in Japan and South Korea.

Injuries restricted both his appearances and impact with the Red Devils, as Kleberson made just 20 league appearances across two seasons with the club.

He was allowed to leave for Besiktas in 2005, before a nomadic career included spells in his homeland at clubs including Flamengo and former side Atletico Paranaense.

Anderson arrived with a burgeoning reputation after an impressive first season in Europe at Porto, with the Red Devils agreeing on a deal worth in the region of £20m for the teenager.

His first season proved a success as he made 38 appearances in all competitions, while he scored in the shootout success against Chelsea as United won the Champions League final in Moscow.

Having also won the Premier League in 2007/08 he added a second winners’ medal the following season, in addition to claiming Club World Cup and League Cup honours and the 2008 Golden Boy award.

Despite his talent Anderson failed to fulfil his early potential and made less than 20 league appearances in seven of his eight seasons with the Red Devils.

He won four Premier League titles and the Champions League among his honours, during a United career that saw the midfielder make 181 appearances in all competitions.

Rodrigo Possebon arrived as another talented teenager, but failed to establish himself in the senior side at Manchester United. He made just eight appearances for the Red Devils – all of which came during the 2008/09 campaign – before an unsuccessful loan spell at Braga.

He departed on a permanent deal for Santos in 2010, but featured for just one season as a regular. Possebon’s latter career took in spells at clubs as varied as Mirassol, Passo Fundo and Ho Chi Minh City.

One of two twins brought to the club from Brazil, Rafael had more success than sibling Fabio during a successful career at Old Trafford.

Rafael broke into the team during the club’s 2008/09 title-winning season as the Brazilian emerged as Gary Neville’s successor at right-back, with his performances earning the defender a nomination for the PFA Young Player of the Year award.

He soon became a fans’ favourite for his committed brand of football and won two further league titles during a career with the Red Devils in which he made 170 appearances.

Rafael scored five goals for the club, including a brilliant effort in a 2-1 win at Liverpool that further cemented his popular standing on the terraces. He was allowed to leave for Lyon in 2015 after falling out of favour under Louis van Gaal.

Fabio failed to follow in the footsteps of Rafael in becoming a regular, as Patrice Evra blocked his hopes of cementing a position at left-back.

Across five seasons he made 56 appearances in all competitions, but just 22 of those came in the Premier League. He did, however, start the 2011 Champions League final loss to Barcelona at Wembley, in a campaign that also ended with a Premier League winners’ medal.

Spells at QPR (loan), Middlesbrough and Cardiff followed after leaving Old Trafford, with the 32-year-old currently representing Ligue 1 side Nantes.

Andreas Pereira spent more than a decade with Manchester United after joining the club’s youth ranks as a teenager, but struggled to make a breakthrough.

He made his debut during the 2014/15 campaign, though the following eight seasons were punctuated with loan moves to Granada, Valencia, Lazio and Flamengo.

His finest season came in 2019/20 as he made 40 appearances in all competitions, more than half of his total of 75 outings for the club.

It was some way to open his Premier League account. 🚀

In search of regular minutes, he signed for Fulham in an £8m deal in 2022.

Fred continues to be a polarising figure among the Manchester United fanbase, with opinion divided on the merits of the midfielder.

Fred became Jose Mourinho’s second summer signing after joining in a £52m deal in 2017, having spent five successful seasons with Shakhtar Donetsk – a side that has been a hotbed for South American starlets across the past decade – in which he won three league titles.

🇧🇷 @ManUtd announced the signing of Fred #OnThisDay in 2018 pic.twitter.com/tzLobZ7YSu

He has since made 160 appearances and scored eight goals for the club in all competitions, but has often found himself a target for criticism alongside midfield partner Scott McTominay.

Fred will hope to form a successful partnership with Casemiro in the United midfield this season, with the duo having been teammates at international level during a career with Brazil that has seen the 29-year-old win 27 caps.

United agreed a deal with Porto to sign Alex Telles in October 2020, as the club sought to add creativity and competition at left-back.

Telles had starred at Porto including a 13-goal season in 2019/20, but struggled for a regular role with the Red Devils given the presence of Luke Shaw.

When your first @ManUtd goal is an absolute beauty 💕@AT13Oficial 👏👏👏#UCL pic.twitter.com/C7uJu9IfVb

He made just 30 league appearances across his two seasons with the club, before joining Sevilla on a season-long loan deal ahead of the 2022/23 campaign.