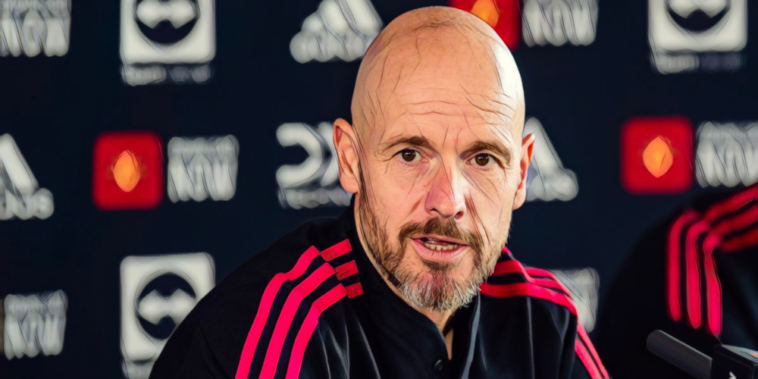 Erik ten Hag has offered an update on the fitness of the Manchester United squad ahead of this weekend’s Manchester Derby.

United take on Manchester City in the Premier League on Saturday lunchtime as the Red Devils look to extend their fine form since the season’s restart at Old Trafford.

Ten Hag will be without Diogo Dalot after the right-back picked up a knock during the EFL Cup win against Charlton in midweek, but Anthony Martial will be assessed ahead of the clash after resuming training.

“I think Diogo Dalot is not available and Anthony Martial, he trained this morning so we have to wait to see how he recovers from this training and if he’s available. We will make the decision tomorrow,” Ten Hag told his pre-match press conference.

“It is a small thing in his leg [with Martial] and, if he is not available for tomorrow, it will be Wednesday [at Crystal Palace].”

United are closing in on the loan signing of Wout Weghorst from Burnley, after agreeing a compensation deal to terminate his loan at Besiktas.

The Netherlands international won’t be available this weekend however, after the Red Devils missed the 12pm deadline for registration.

“Weghorst wasn’t available in the last weeks and it could be a bonus if he was,” added Ten Hag. “Hopefully, he will soon be there and also we are winning a lot of games without Anthony Martial.”

Ten Hag also provided an update on Donny van de Beek, who will miss the rest of the season with a knee injury. It continues a wretched time for the midfielder in the Premier League, but Ten Hag is confident the Dutchman can return for the start of pre-season.

“I think it is quite positive news,” Ten Hag said.

“Of course, the bad news is he is out for the rest of the season, but the good news is, in the long term, his knee will be okay and he will be ready again to play at the highest levels and will be ready for the start of pre-season.”