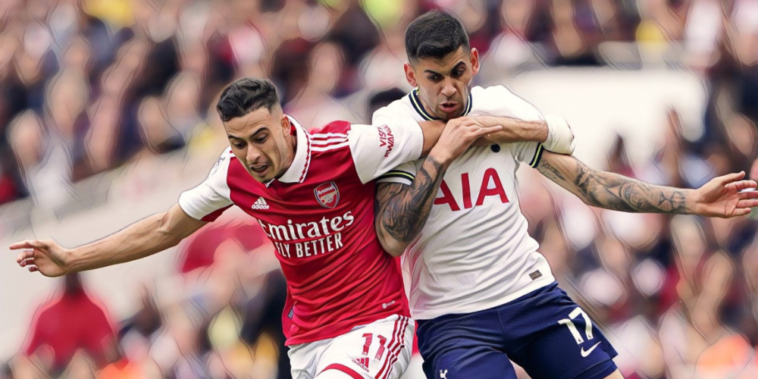 Aston Villa face Leeds on Friday evening, with both teams in search of a reaction after disappointing performances in the FA Cup last weekend.

Villa crashed out in embarrassing fashion to League Two Stevenage, a result which took some of the shine off a largely positive start for Unai Emery. The Spaniard brought in his first new arrival this week with the signing of Alex Moreno from Real Betis and will want put his mark on the current squad.

Ings has started just eight league games this season, but has scored five goals in his last seven appearances – as many as he had in his previous 32 games.

The 30-year-old came off the bench to rescue a point against Wolves and, with Ollie Watkins struggling for goals, deserves a run in the side. There’s good reason that clubs are interested in a January deal for Ings, who remains Villa’s most reliable source of goals.

Manchester United head into this weekend’s Manchester Derby in confident mood, with Erik ten Hag’s team on a run of eight consecutive wins in all competitions. United have won their last four league games, scoring nine and conceding just one, but now face the toughest examination of their top four credentials against their cross-town neighbours.

United travelled to Manchester City earlier in the season on another four-game winning run, before being blown apart in a 6-3 defeat. It’s a result that flattered United, as two late goals put some respectability on the scoreline of a truly one-sided derby contest.

The game changer for the Red Devils 😍 @Casemiro | @ManUtd pic.twitter.com/gBtyLVFVpg

United, however, have improved since then and much of that has been down to the presence of Casemiro. The Brazilian featured as a substitute in that defeat with United already 4-1 down, but after a period of adaptation has began to stamp his authority on the side.

City will be expected to dominate possession at Old Trafford and United’s ability to regain and use the ball efficiently will be crucial to their hopes of success. Few do that better than Casemiro, who will be tasked with combating City’s midfield and releasing the in-form Marcus Rashford further forward.

Liverpool’s top four hopes are beginning to dwindle with the Reds seven points behind the Champions League places. Even with a game-in-hand on Newcastle, there is little room for error for Jurgen Klopp’s side who this week take on a Brighton team leading the chasing pack behind them.

Liverpool have failed to win in their last two, suffering a disappointing defeat at an Ivan Toney-less Brentford, before fortuitously earning an FA Cup replay against Wolves. This weekend shapes up as another tough test for the Reds, who need their midfield to rediscover some of its old snarl against the Seagulls.

Alexis Mac Allister has returned from Qatar as a World Cup winner with Argentina and scored twice at Middlesbrough last weekend, while Pascal Gross is quietly enjoying some of the best football of his Premier League career.

Liverpool’s midfield malaise has been a factor in the Reds’ drop off this season. Improvement is required against a Seagulls side who have impressed in swatting aside Everton and Middlesbrough in recent weeks.

Southampton are bottom of the Premier League, but optimism has increased at St Mary’s after two positive results in cup competition this week.

A come-from-behind win at Crystal Palace in the FA Cup third round was a welcome boost, but the Saints’ upset of Manchester City in midweek will have seen confidence increase tenfold. Nathan Jones’ side executed their game-plan perfectly against Pep Guardiola’s side, striking twice in the first half to stun the visitors.

A word from the boss following a night to be proud of ❤️ pic.twitter.com/IpOZvyEJL4

The pre-game pessimism was emphasised by 10,000 empty seats for an EFL Cup quarter-final, but Southampton’s resolute defensive performance saw City fail to register a single shot on target.

The task now is to translate that form into the Premier League, ahead of a crucial six-pointer with fellow strugglers Everton this weekend. Both sides are mired in the bottom three and it is a fixture that neither can afford to lose. However, it’s Southampton who will begin the clash with the momentum on Merseyside.

Fulham are flying right now, having moved within four points of the Premier League’s top four with a west London derby win over Chelsea.

It’s now four consecutive wins for the Cottagers, who have taken the same number of points (16) as Manchester City across their last eight games. Marco Silva’s side deserve huge credit ahead of a tough test this weekend with a trip to face a Newcastle side in similarly rich form.

Fulham fans would have taken survival before a ball had been kicked this season, but are now dreaming of a top-half finish and a potential push for Europe. The club’s success has been built on the goals of Aleksandar Mitrovic, who will return from suspension this weekend with a point to prove against his former side at St James’ Park.

Fulham have won four consecutive top-flight matches for the first time since April 1966.

They now sit 6th in the Premier League. 👏 pic.twitter.com/KVdfJnuJv5

However, the underlying numbers at the opposite end are a concern for a sustained push for Europe. No side has a higher xGA (expected goals against) figure than Fulham this season (37.58), a number far greater than Bournemouth (32.05), Everton (31.47) and Nottingham Forest (30.86).

Fulham have conceded 28 goals this season, the highest over-performance in comparison to xGA in the division. Silva’s task will be to ensure his side tighten up on the chances conceded if the club’s run of results is to be sustained.

Leicester’s season appeared to be turning a corner before the World Cup break, with a run of four wins from five Premier League games lifting the Foxes out of the relegation places.

Since the season’s restart it has been a downward slump for Brendan Rodgers’ side, who have lost three consecutive league games to hover just above the relegation places. Just three points separate the 13th-placed Foxes and Everton in the drop zone, in what is a tightly-contested bottom half where each and every point counts.

Leicester’s mini-revival before the break was kick-started with a 4-0 thrashing of Nottingham Forest, their opponents this weekend in an all-Midlands match up. James Maddison’s brilliance inspired that win and his absence has been a central factor in their recent form. Leicester are a poorer team without the midfielder’s creativity and the Foxes’ reliance on Maddison has been evident in recent weeks.

Leicester need someone else to step up in his ongoing absence against a Forest side who will be in confident mood after a crucial win at Southampton last time out.

Problems pile up for Potter

Things have gone from bad to worse for Graham Potter, who has called on Chelsea to remain united after the club’s woeful run of form.

Thursday’s defeat at Fulham means its one win from nine games in all competitions for the Blues, who are ten points outside the Champions League places having played a game more than Manchester United in fourth.

Potter described Joao Felix’s arrival as a boost this week, but the marquee loanee was sent off on his debut for a rash challenge and now faces a three-game suspension. This weekend Chelsea – who are on their worst run of league form for 27 years – travel to Crystal Palace and a raucous atmosphere awaits a side struggling for confidence and form.

“We are suffering at the moment. We’re suffering, the fans are suffering. We feel for them,” Potter said after the defeat at Fulham. “It’s important to stick together and try to get through this tough period.”

Injuries have not helped, but time is already running out for Potter to prove he’s the right man for the role. Another defeat this weekend will increase the pressure to a whole new level.

Kane closes in on Greaves’ record

It’s a huge weekend of derby fixtures in the Premier League with North London rivalries resuming on Sunday.

Arsenal travel to the Tottenham Hotspur Stadium as Premier League leaders, where Spurs will be hoping to put a dent in their title challenge and boost their own Champions League ambitions. Spurs’ challenge will be led by Harry Kane, who has been in sensational form this season with 15 goals from 18 league games.

The 29-year-old has five in his past five Premier League appearances and is closing in on immortality at Spurs. Kane’s brace against Crystal Palace last week saw him move one behind Jimmy Greaves’ club record, with this weekend’s clash with Arsenal the perfect stage for a history-making moment.

Kane can move level, or ahead of, Greaves’ 266 goals for Tottenham on Sunday, in a fixture which has often brought the best from the England captain. He has 14 in 16 league appearances against Arsenal and is the all-time record goalscorer in North London derbies. The stage is set.