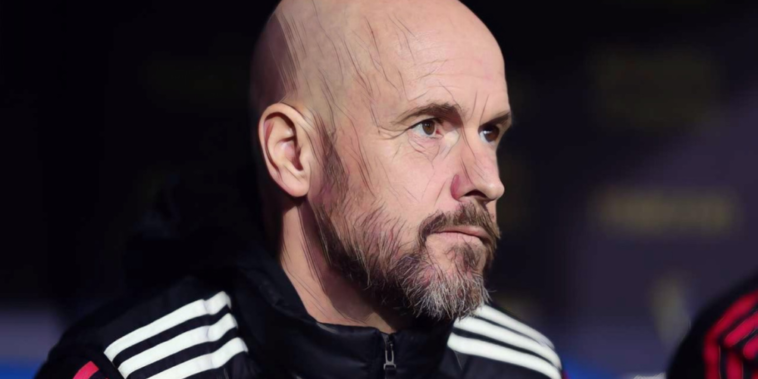 Erik ten Hag was critical of Manchester United’s slow start after his side suffered a 4-2 friendly defeat to Cadiz.

United took on the La Liga side as part of a warm weather training camp in Spain, as the Red Devils prepare for the return of the domestic campaign later this month.

Ten Hag’s side fell two goals down inside the opening 14 minutes against Cadiz and Ten Hag was critical of his team’s start, admitting United were ‘still sleeping’ during the opening quarter of an hour.

“It is quite clear. We were not awake, still sleeping, [in] first 15 minutes,” he told MUTV.

“They are a threat in transition. We have seen, the second goal can’t happen. We [were] not awake in the defence but also in the midfield we got ran off. It’s not possible [and] it’s not acceptable.

“After that, we came into the game and got a penalty. I think it was a clear one and I think maybe the second half [we] deserved another penalty, but the first one was a clear one. We came in the game, but we couldn’t make the equaliser before half-time.”

United’s starting side was made up of the majority of players who will be available for the EFL clash with Burnley on December 21, before Ten Hag made 10 changes at half-time to hand an opportunity to several of the club’s U21 side.

17-year-old Kobbie Mainoo scored within three minutes of his introduction and Ten Hag was pleased with the performance of his inexperienced team in the second half.

“They gave energy,” he said. “They run; they fight.

“Maybe not always in the right organisation, [so] they make mistakes [because] they are not used to playing in this level. It was a good lesson.

“You see that if you make small mistakes, they have big consequences and that’s what happened.”

Ten Hag emphasised that the opening period had fallen below expectations, but said his side will ‘draw a line and then move on’ as the club step up preparations for the Premier League’s return.

“The first 15 minutes cannot happen,” he said. “That is not our standard and that should not happen.

“We’ve spoken about [the performance and] we’ll do it tomorrow, again, but then we have to strike it, draw a line and then move on. But it can’t happen in the future.”