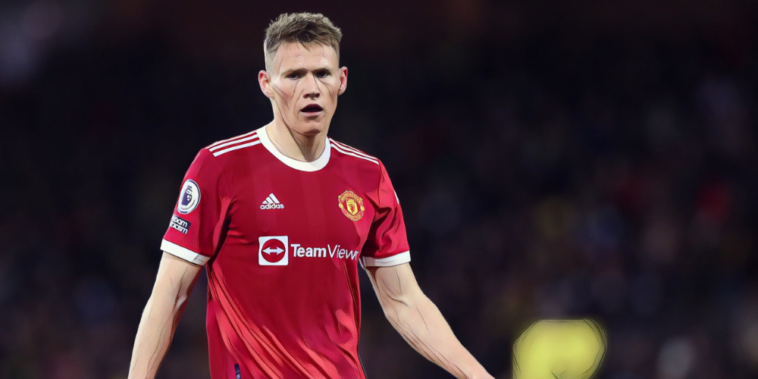 Erik ten Hag has instructed Manchester United to turn down interest from Newcastle in Scott McTominay.

Newcastle and one other unnamed Premier League club are understood to have made tentative enquiries into McTominay’s availability this summer, though Ten Hag has informed the club that the midfielder remains a ‘pivotal’ part of his plans.

The 25-year-old made 37 appearances in all competitions last season and the Daily Mail are reporting that Ten Hag is keen to keep the Scotland international among his options despite a desire for midfield additions.

United are in the process of a midfield overhaul this summer and are closing in on an agreement with Barcelona for Frenkie de Jong, whilst the Red Devils are also said to be interested in Christian Eriksen.

Those potential arrivals are not set to impact McTominay’s involvement however, with the club requiring depth following the departures of Paul Pogba, Nemanja Matic, Jesse Lingard and Juan Mata.

Donny van de Beek will also add to Ten Hag’s options after returning from a loan spell at Everton last season. The Netherlands international impressed under Ten Hag’s management at Ajax before his £35m move to the Premier League, but has since struggled for first-team football at Old Trafford.