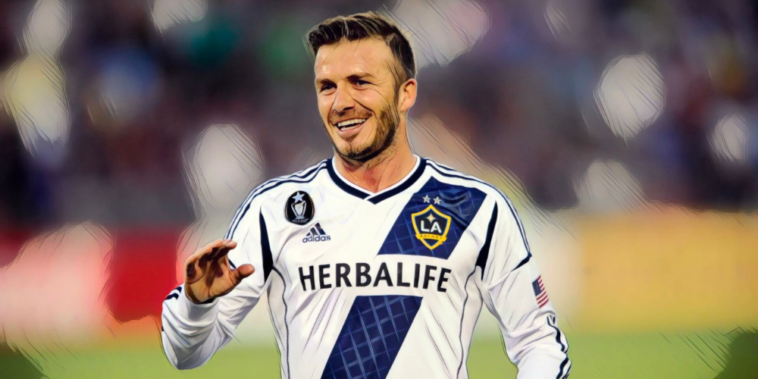 Gareth Bale is headed towards MLS after signing a deal with Los Angeles FC, with the winger set to move Stateside after leaving Real Madrid this summer.

The move to LA will provide Bale with a chance to establish his fitness ahead of Qatar 2022, as Wales make their return to the World Cup for the first time in 64 years.

The 32-year-old will also be granted a greater sense of anonymity than his career has had since a spectacular emergence at Spurs, before signing for Real Madrid in a then-world record deal in 2013.

Almost a decade later he has departed Spain as a five-time Champions League winner despite a sour conclusion to his time in Madrid, becoming the latest Premier League icon to move to MLS.

Following the announcement of the deal, we’ve decided to rate the impact of five Premier League legends in the United States.

David Beckham stunned world football following the announcement of his move to MLS, with the midfielder taking the decision to leave Real Madrid for Los Angeles in 2007.

Beckham was arguably the most recognisable footballer on the planet at the time of his move, with the deal significantly raising the profile of the sport Stateside.

The former England captain’s arrival led to the introduction of the Designated Player Rule in which marquee imports are not included under salary cap restrictions, with Beckham the first MLS import signed under the ruling.

David Beckham was a cheat code. 🚀#OnThisDay in 2012 pic.twitter.com/HrX9LdVPz0

Beckham’s arrival proved pioneering for MLS and brought only a spotlight he can on the division, paving the way for other major European names to make the move to the US.

On the pitch he also enjoyed success despite returning to Europe for loan spells at AC Milan (twice) and PSG, winning two MLS Cups and two Supporters’ Shields with the Galaxy.

He made 124 appearances across five-and-a-half seasons with the club, scoring 20 goals – seven of which came from free-kicks – and providing 42 assists.

Thierry Henry is regarded as arguably the greatest footballer in Premier League history and lived up to that star billing after swapping Barcelona for New York.

He became the New York Red Bulls’ second Designated Player in 2010 and made an immediate impact, assisting both goals for another former Premier League favourite in Juan Pablo Angel on debut.

A record four-time winner of the Premier League’s Golden Boot and France’s all-time leading scorer, the goals continued to flow freely for Henry in MLS, scoring 51 goals in 122 league appearances.

Named in the MLS’ best XI on three occasions, he helped New York Red Bulls to the Supporters’ Shield in 2013, the first major trophy in the club’s history.

He departed to pursue a career in coaching in 2014, having provided 94 goals and assists in 135 appearances across all competitions.

Steven Gerrard followed in the footsteps of David Beckham to sign for LA Galaxy, becoming the second former England captain to make the move to Hollywood.

Gerrard’s spell was less successful than his ex-international teammate however, appearing a fading force for much of his 18-month spell in MLS as both the midfielder and The Galaxy struggled for consistency in their performances.

So slick from Steven Gerrard.

The ex-Liverpool captain helped The Galaxy to make the playoffs on two occasions, but failed to win an MLS Cup during his time with the club.

He compiled a respectable record in terms of output with five goals and 14 assists in 34 appearances, though his time in MLS was less memorable than a number of the marquee imports into the league before or since.

Gerrard’s move to MLS allowed him to escape the goldfish bowl of almost two decades at Liverpool. That objective proved successful, even if his on-field fortunes were more disappointing than had been expected.

Lampard signed for NYCFC in 2015 and joined an all-star cast featuring fellow Champions League winners Andrea Pirlo and David Villa, but the trio of Designated Players failed to take the club into the playoffs during their first season together.

The former Chelsea midfielder was limited to just 31 appearances across two seasons in MLS, though compiled an impressive record of 15 goals during that time, a demonstration of the goalscoring abilities that leave Lampard as the sixth-highest scorer in Premier League history.

He helped the club significantly improve during his second season, before announcing his retirement in 2017. His contribution was hailed by NYCFC manager Patrick Vieira, who told the club’s website that the midfielder had had a major influence on the team’s development.

“Everybody talks about Frank’s goal-scoring record from midfield but I can tell you after a year of working with him, he brings so much more to a team than just goals,” Vieira said upon Lampard’s exit.

“What Frank has brought to the locker room is something just as – his experience, his elite mentality and his mentorship for the younger members of our squad have helped us greatly this year.”

Wayne Rooney made an instant impact after signing a three-and-a-half year deal with DC United in 2018, his arrival proving the catalyst for an upturn in fortunes.

DC United had won just two of their opening 14 games at the time of Rooney’s arrival, but compiled a record of 12-4-4 with the former England captain in the side to reach the playoffs.

He ended the season as the club’s leading goalscorer and MVP, with the highlight of his time a lung-busting sprint and recovery tackle, before delivering a 50-yard assist to create a 96th-minute winner against Orlando.

Rooney also enjoyed another unforgettable moment against Orlando City, scoring from inside his own half for the third time in his career in June 2019.

He scored 23 goals and provided 15 assists in 48 regular-season appearances DC United, before cutting short his spell and making the return to England to pursue a coaching career at Derby County.