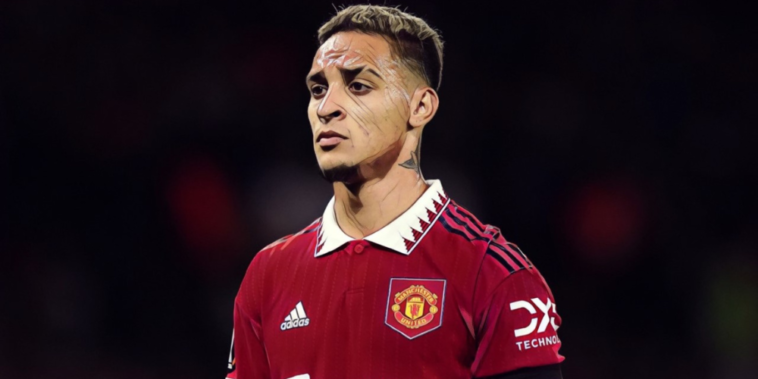 Erik ten Hag insists he will correct Antony’s showboating if he believes the Manchester United winger’s tricks are not functional.

Antony’s trickery has entertained the Manchester United fans since his summer arrival from Ajax, though the Brazilian produced a moment to forget during Thursday’s 3-0 Europa League win over Sheriff Tiraspol.

The 22-year-old produced a trademark 720-degree spin with the ball stuck to his left foot, before proceeding to overhit his pass out of play for a goal kick.

Antony does his trademark spin in acres of space and then puts his pass out of play… 🙃#UEL pic.twitter.com/P7SjcPqrUd

Antony was substituted at half-time following the incident, though Ten Hag denied his decision was due to the winger’s showboating.

He has, however, insisted he will coach needless tricks out of Antony as he looks for the summer arrival to use his skill in a functional manner.

“I don’t have a problem with tricks as long as it’s functional,” Ten Hag said, as per the BBC.

“I demand more from him – more runs behind, more often in the box and more playing in the pocket.

“When there is a trick like that, it’s nice as long as it’s functional. If you’re not losing the ball, then it’s OK – but if it’s a trick because of a trick, then I will correct him.”

Diogo Dalot, Marcus Rashford and Cristiano Ronaldo scored as United eased to a 3-0 win against Sheriff, though the Red Devils will need to beat Real Sociedad in their final fixture to top the group.