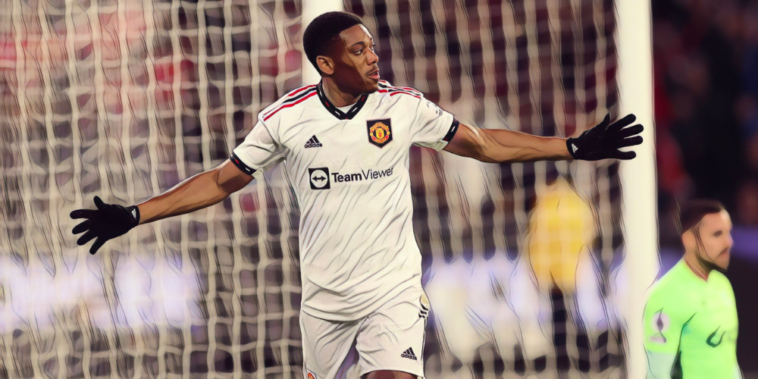 Erik ten Hag says he is happy with Manchester United’s improvement but has highlighted areas to work on following the club’s 3-1 friendly win against Crystal Palace.

United maintained their winning start to pre-season with a win over the Eagles in Melbourne, as goals from Anthony Martial, Marcus Rashford and Jadon Sancho secured a third straight win on the Red Devils’ tour of Thailand and Australia.

Ten Hag has been encouraged with the early performances from his side but says there is ‘a lot of work to do’ for United before the Premier League season begins next month.

“I think it’s pre-season and we are happy with the improvement we see but also you see a lot of work to do,” he told MUTV. “We scored some wonderful goals and that is also true.

“I agree [that we are winning the ball higher up in the field in dangerous positions] and that is also the demand on the team. We press all day and, if we can, do that high up the pitch. But if we can’t, we get to do that in a lower block but we also have to press and do it together as a team.”

Another lightning counterattack made it 3-0 in Melbourne ⚡️🌪

Ten Hag believes his side can improve the ‘timing’ of their press as the Dutchman implements his methods on the squad, but was pleased with the team’s overall performance at the MCG.

“The timing. When you start the press. For instance, I see still switches we can avoid and we can prepare a better press, ” he added when asked what the Red Devils can improve.