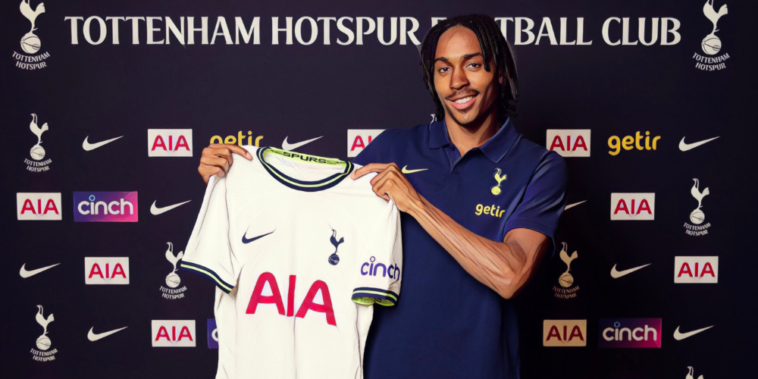 Djed Spence says he wants to ‘excite the fans’ after completing his £20m move to Tottenham.

The right-back has signed a long-term deal with the north Londoners after completing his move from Middlesbrough, with the defender becoming the sixth summer signing of a busy transfer window for Spurs.

The deal will be an initial fee of £12.5m, which could rise to £20m with a number of performance-based add-ons.

Spence impressed during a season-long loan at Nottingham Forest last season, who he helped to promotion to the Premier League during his 46 appearances at the City Ground.

The 21-year-old’s performances saw him break into the England u21 squad and attract interest from a number of top-flight clubs, with Spurs having won the race for the signature of the London-born defender.

Spence has described the move as a ‘dream come true’ and has outlined what he intends to bring to Antonio Conte’s squad next season.

“To play in the Premier League and for a big club like Tottenham, it’s a dream come true,” Spence told Tottenham’s official website.

“I’m thankful I’m here and I’ve got the opportunity to play for the club. It’s a privilege to be here. I can’t wait to meet the players, the staff and obviously the manager and train with the team.

“I’m a very chilled character, I’m very humble. Everything’s about football with me, I’ve dedicated my whole life to it. I’ll bring excitement, skill, speed. I just want to excite the fans and play well.”