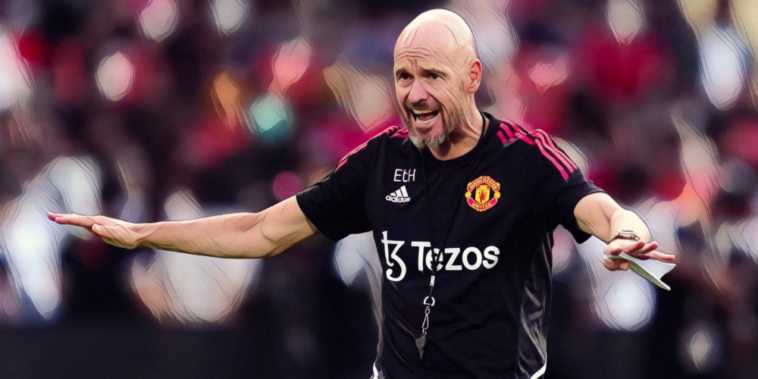 Erik ten Hag has hailed the talent of Christian Eriksen and Lisandro Martinez after Manchester United agreed deals to sign the duo.

United announced the signing of Eriksen on a free transfer on Friday, following the expiration of the midfielder’s short-term deal at Brentford.

The Denmark international starred after signing a six-month contract with the Bees in January, inspiring Thomas Frank’s side to a strong end-of-season run of form and Premier League safety.

The 30-year-old – who has scored 52 goals and provided 71 assists in 237 appearances in the Premier League during spells at Tottenham and Brentford – has signed a three-year deal and Ten Hag is delighted to have added the midfielder’s creativity and experience to his squad.

“He’s an experienced player. He plays in countries abroad, in Italy, in Holland, a long time in England, so he knows the Premier League,” Ten Hag told ManUtd.com

“It’s an absolute advantage that we have him in.

“I think he is a magnificent football player and I think the fans will enjoy watching him, because he’s creative, he has ideas.

“I think especially our strikers will also be happy because he’s the one who can involve them in the game.”

Ten Hag had been keen to add creativity to his midfield, following the exits of Paul Pogba, Juan Mata and Jesse Lingard this summer.

The Dutchman says his focus has been on identifying the ‘right players’ this summer and believes Eriksen will prove to be a fine addition to the Red Devils.

“The fact that we’ve got him, we have him now in our squad, tells everything, because I think we were really selective.

“It was not the point to get players in, but the right players in. I’m really happy that we succeeded with Christian Eriksen.”

United have also agreed a £57m deal to sign Lisandro Martinez from Ajax. The defender impressed under Ten Hag’s management and was named as Ajax’s Player of the Season in 2021/22, after winning the Eredivisie title.

The 24-year-old’s move will be confirmed subject to a medical, visa requirements, and player terms being finalised, though Ten Hag is delighted to be able to welcome a player he described as a ‘warrior’ into his plans.

“He’s a warrior and I think the fans will admire him. He has an attitude, fighting spirit,” Ten Hag said.

“He brings aggressiveness in the game, in a good way. I think we need that.

“But also, he’s also skilful and he can deal with the ball and he’s left-footed.”

Ten Hag was keen to bring Martinez with him to the Premier League and believes his past experience working alongside the Argentina can benefit his adaption to English football.

“I think it’s important, yeah. I think the Premier League is high intensity, lots of challenges. We need such players [with fighting spirit],” he said.

“Certain ideas, he knows them. That is an advantage, clearly.

“But also he has to adapt, to a new country, a new club, new team-mates. So also a lot of things will be different.”