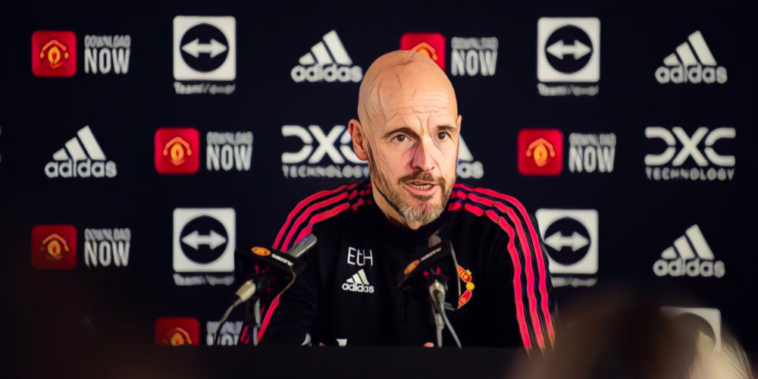 Erik ten Hag has discussed Manchester United’s momentum and whether Wout Weghorst will make his debut, ahead of the club’s trip to face Crystal Palace.

United travel to face Crystal Palace in the Premier League on Wednesday evening, looking to extend their winning run to ten consecutive games in all competitions.

Ten Hag’s team are fourth in the table and moved within one point of second-placed Manchester City after beating the champions in the Manchester Derby last weekend.

Ten Hag’s press conference was conducted in the aftermath of that derby win and the Dutchman discussed his side’s recent form and momentum.

”I think [after] every win, you have to celebrate,” Ten Hag said.

“You work so hard for such momentum. Every win that is so great in top football, if you can’t celebrate, I think you kill the energy as well. So we have to celebrate it, but after it, we have to settle down and after 24 hours, move on and go to the next game.

Wout Weghorst could make his debut for the club at Palace, after the Netherlands international completed his loan move from Burnley this week. The 6ft 6in forward adds a different profile to United’s options in the final third, but Ten Hag refused to confirm whether Weghorst would feature at Selhurst Park.

“I have to think that over. First, settle down this game and make the right conclusions. Then we will make a clear plan. I have to see [for] Palace. Of course, I know already a lot about Palace, we faced them also in pre-season, I know how the team is. The total plan I don’t have now, I didn’t construct it until now. So from this point on, we can construct and we can prepare the team in the right way.”