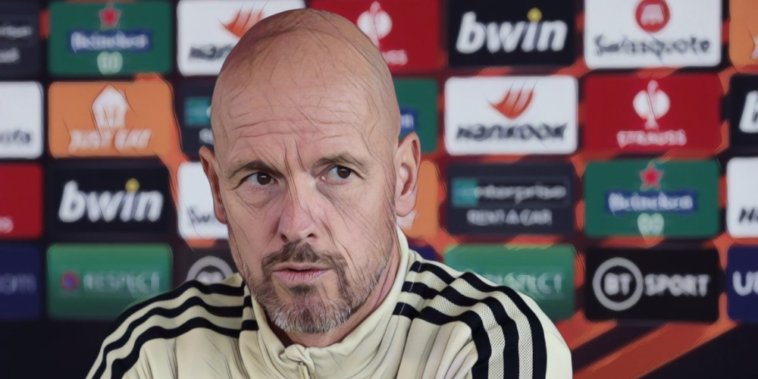 Erik ten Hag has provided an update on his Manchester United squad and has confirmed Cristiano Ronaldo will return against Sheriff.

United take on Sheriff at Old Trafford on Thursday evening as the Red Devils look to confirm their place in the Europa League knockout rounds.

Ten Hag’s team will progress to the next round should they avoid defeat, though the Dutchman insists his side want to top the group with United three points behind group leaders Real Sociedad after four games.

Ten Hag revealed that Raphael Varane will be out of action until the season’s pause for the World Cup next month, but confirmed that Ronaldo will return to the squad after being left out at Chelsea last weekend, following his refusal to come on as a substitute against Spurs on October 19.

“Varane isn’t in the squad. He will be out until the World Cup. We have to see how he develops how his rehab will develop,” he told his pre-match press conference.

“It’s not difficult [Ronaldo situation]. We said everything, answered all the questions. He was out for one game and now back in.

“We have an important game tomorrow, we want to top the group.”

There was a positive update on the fitness of several squad members, with Harry Maguire, Donny van de Beek and Aaron Wan-Bissaka having all returned to training.

“They are in training. Harry, Donny, Aaron all training in preparation for tomorrow. After training I will make a decision.”

Maguire’s return will be welcomed by Gareth Southgate, who will hope the centre-back can regain his fitness ahead of England’s World Cup campaign. The 29-year-old has lost his place in the Manchester United side this season, but Ten Hag insists that the club captain has a role to play.

“He has a role to play. On his way back and now has to get back into these games.

“I understand the (England) interest be we look at United. We have to get right results.”