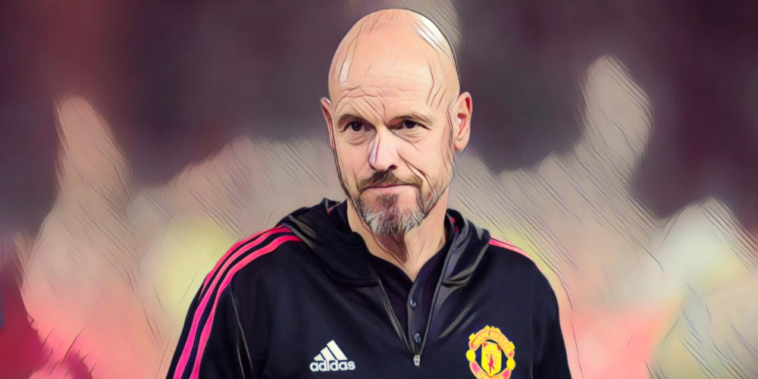 Erik ten Hag has described the Manchester United job as his ‘most difficult’ challenge but has backed himself to succeed at Old Trafford.

Ten Hag is three weeks into his first pre-season with the Red Devils, who have shown encouraging signs across their first fixtures of the club’s tour of Thailand and Australia.

Convincing victories over Liverpool and Melbourne Victory have offered a glimpse into Ten Hag’s methods and the Dutchman has outlined his vision for the side this season.

Speaking to the media on Monday in Australia he said: “We want to play proactive, attacking football where its possible, we want to play good, but if we don’t play good, we still have to win.”

“I don’t think so – our team will be different of course, because it’s different players, a different type of football, that is clear – there is also a direct bridge to Manchester United. Finally it’s about the players you have, because I cannot change the identification [characteristics] of a player.”

United endured their worst-ever Premier League campaign in terms of points total last season, with a sixth-placed finish having seen the club miss out on Champions League qualification.

Ten Hag was asked on a potential title challenge this season and revealed that his initial target will be to return a winning mentality to the Red Devils, whose ambition will be ‘to win every game’.

“The first target is to win every game, that has to be our approach, that belongs to Manchester United.”

The Dutchman admitted his new role represents a huge challenge, but is confident he can bring success to the club after a difficult decade since the retirement of Sir Alex Ferguson in 2013.

“It’s a pleasure, that’s why I took it. I know it’s not an easy job, but that gives me some joy, energy together with all the people around, to bring in to make a unified co-operation and that has to be the platform for success.

“I must say I have a strong belief. This is a big challenge but, until now, everywhere I’ve been I’ve got the maximum out of my teams, and this is the project that is the most difficult. I realise that, but I’m here so I am convinced that I can do it.”

Read Also – Ranking the most expensive Dutch footballers of all time