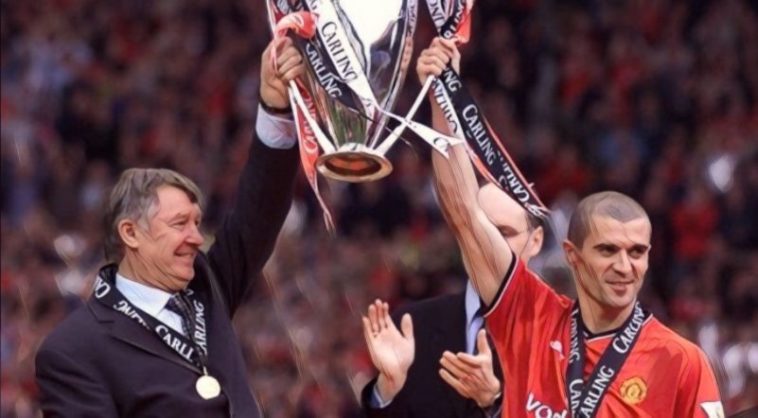 Winning the league title remains the pinnacle of the domestic game for any club, whilst defending the crown is often held up as the yardstick when deliberating between champions of different eras.

Whilst those achievements are more than noteworthy, only the game’s greatest have managed to win the league in three consecutive seasons – a feat achieved just five times throughout the history of English football.

We’ve decided to revisit the exclusive list of teams to have achieved a three-peat of league title successes, here are the five teams to win the English top-flight in three consecutive seasons:

The first team in the history of English football to achieve three successive top flight successes was Huddersfield Town, the Terriers enjoying a golden period in their long history during the 1920’s.

Having finished third the previous season, Herbert Chapman’s side were crowned champions of England for the first time in their history in 1924 – finishing ahead of Cardiff City by the goal average ruling (goals scored divided by goals conceded) after both sides finished level on 57 points.

The Yorkshire side defended their crown the following year by finishing two points clear of West Bromwich Albion, before making it three titles in succession during the 1925/26 season despite the departure of manager Chapman to Arsenal.

Huddersfield finished as runners-up in each of the next two seasons – to Newcastle and Everton respectively – their successive title wins the club’s only top flight championships in their 111-year history.

Having guided Huddersfield to the first two league titles of their three in succession, Chapman headed to Arsenal where he laid the foundations for a hugely successful period for the north London side.

Chapman led the Gunners to their first ever league title in 1931, becoming the first southern club to win the Football League, before adding a second two years later during a period of sustained success.

The following year, however, saw Chapman’s tragic and sudden death with pneumonia, though despite the loss of the club’s leader Arsenal retained the title under the management of Joe Shaw.

Arsenal made it a hat-trick of titles during the 1934/35 season – this time under the guidance of George Allison – finishing four points clear of runners-up Sunderland. The treble of successes formed part of five titles the club won during the 1930’s, before the Football League’s suspension amid the Second World War.

The dominant team in English football throughout much of the 1970’s and 1980’s, Liverpool achieved the feat of three successive top-flight titles between 1982 and 1984.

The first of those seasons saw Bob Paisley’s side overcome an indifferent start to be crowned champions – the Reds were twelfth in the table at Christmas – finishing with a 16-game unbeaten run to finish five points clear of runners-up Ipswich Town and add the title to their earlier League Cup success.

Back-to-back titles were secured the following year in what proved to be Paisley’s final season in charge, Liverpool finishing ahead of Watford and Manchester United in addition to beating the latter to retain the League Cup for a third successive year at Wembley.

Liverpool’s success continued under new manager Joe Fagan as the club became the first English side to win three major trophies in a single season, securing a third consecutive league title in addition to European Cup and League Cup success in 1984 – Ian Rush starring with 47 goals in all competitions.

Arguably the most dominant period of Sir Alex Ferguson’s reign at Old Trafford, the Manchester United manager responded to the threat of a transformed Arsenal side with a golden period of success.

Having seen the north London side pip his side to win a first Premier League title the previous season, Ferguson’s team responded with the greatest season in the club’s long and illustrious history.

United lost just four games in all competitions to claim a historic treble of Premier League, Champions League and FA Cup, becoming the first – and so far only – English side to achieve the feat.

The following season saw the club dominate the domestic game once more, retaining the league title with a record winning margin and record a 97 goals scored – finishing a huge 18 points clear of runners-up Arsenal.

United’s second dominant reign in English football came after a title-absence of three seasons, bouncing back in spectacular style with an emerging Cristiano Ronaldo the star of the club’s triumphs.