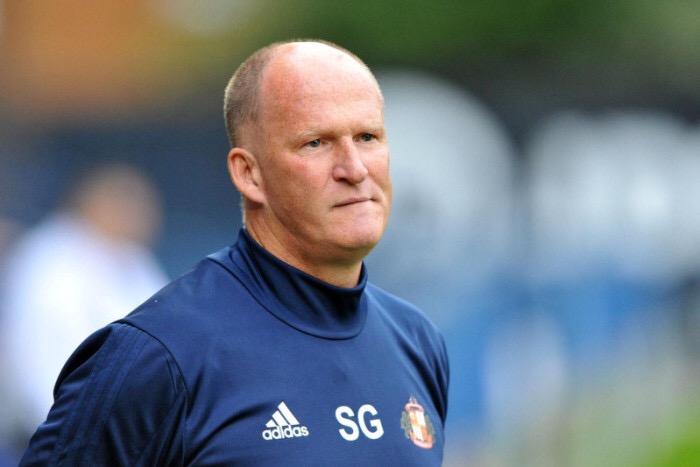 Simon Grayson got the sack after a 3-3 draw with fellow Championship strugglers Bolton, with Sunderland going into the game knowing they’d go bottom of the league if they had lost.

Grayson made a few changes to the side that were defeated by Bristol City on Saturday. This included Dutch goalkeeper Robbin Ruiter returning in between the sticks rather than Steele who has been subject to heavy criticism. Marc Wilson returned from injury and replaced Lamine Kone, Welshman Adam Matthews started at right back over Billy Jones. Darron Gibson also replaced Lee Cattermole, another subject of criticism.

Sunderland had an early penalty shout turned down; they also created a few half chances which nobody could get a shot away from.

It was Phil Parkinson’s men who broke the deadlock through Sammy Ameobi. The former Newcastle striker picked the ball up a long way out and was allowed an unchallenged shot from 25 yards out, which beat Ruiter at his near post.

Sunderland equalised on the stroke of half time. Lewis Grabban found the net after a defence splitting ball from Gabon midfielder Ndong played him in. Grabban squeezed the ball past former Sunderland goalie Ben Alnwick from a tight angle.

Just before the hour mark the on loan hitman struck again. It all started on the left when Grabban picked out Ndong on the edge, he then slotted it into the path of Bryan Oviedo about 10 yards out, the Costa Rican full back then squared it around Alnwick to Grabban who tapped it into the empty net.

The lead was short lasted, on the hour mark striker Gary Madine equalised for Wanderers. Grabban’s sliced clearance fell to Josh Vela who headed into the danger area; O’Shea and Wilson botched the second clearance and it fell on a golden plate for Madine who blasted past the helpless Ruiter.

A Sunderland corner soon turned into a Bolton goal. Adam Armstrong, on loan from Newcastle, ran and kept on running before being tackled by Ndong. The midfielder then carelessly attempted to find his goalkeeper but instead played it horribly short and straight to Antonee Robinson. Robinson played in a delightful cross for Karl Henry to volley into the bottom left corner past the motionless Ruiter.

Northern Irishman Paddy McNair came off the bench to save the Mackems from going bottom. Duncan Watmore caused problems down the right and cut inside but struggled to keep hold of the ball. Vaughan and Watmore combined to get it to McNair arriving on the edge of the area who then drove a shot at Alnwick’s goal. The midfielder’s strike could’ve been dealt with better but Sunderland fans won’t be complaining.

Within minutes of the full time whistle, Sunderland AFC released an official club statement announcing that they had “parted company with manager Simon Grayson”, with the Wearsiders sitting second bottom and conceding three at home to the basement side was too much and consequently Grayson was axed.

This wasn’t out of the blue, a lot of Sunderland supporters had been calling for the ex Preston managed to be shown the door. After picking up only 10 points from 15 games, Sunderland did lift to 22nd position after Burton Albion were defeated but were only above the Brewers on goal difference.

A defensive horror show on Halloween from the men in red and white cost Grayson his job, but it was written in the stars for him. It was an underwhelming appointment when he arrived through the doors in July and it proved experience of this league isn’t always everything.

At the time of writing this article the favourites for the vacant job are Billy McKinlay at 2/1 according to BetVictor, former Boro gaffer Aitor Karanka in at 5/2 on Bet365 and SkyBet have placed for Sunderland player Stafan Schwartz at third favourite at 6/1.

As for the clash with Garry Monk’s Teesiders on Sunday at the Riverside, first team coach Robbie Stockdale and former Watford manager Billy McKinlay will take joint caretaker jobs for the Black Cats.