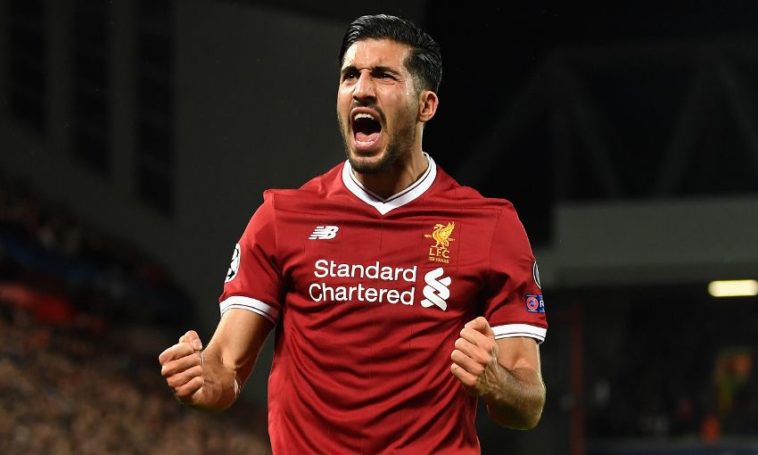 It was a comfortable night of European football for Liverpool under the Anfield lights as they put three past Maribor. Here’s five things we learned.

Emre Can is currently in the middle of a contract dispute with Liverpool but you wouldn’t have known it. The midfielder reportedly wants a release clause in his contract to prevent a Coutinho situation happening. With Can in this sort of form it must be of high importance to get the contract signed quickly before he is allowed to go on a free to Juventus next summer.

The German put in an excellent shift against Maribor and showed that despite what is happening off the field he is prepared to give his all on the pitch. Emre Can was relentless in his pressing of Maribor and eventually got the goal his performance deserved. He imposed himself excellently with a top-class performance and showed Liverpool exactly why they need him there for the long term.

Handanovic gets a hand on it

Handanovic put in a solid performance in an otherwise lacklustre Maribor team. The veteran goalkeeper made a great save to deny James Milner in the second half and deserved more protection from his backline.

Salah was relieved of his penalty taking duties after his miss against Huddersfield. This time it was last season’s regular penalty taker James Milner after Firmino was tripped in the area. Milner is usually a reliable penalty taker but saw his last penalty saved at the backend of last season.

Surprisingly, Milner again saw his penalty saved after Handanovic got a strong hand on a good penalty. That’s now two penalty misses in a row for Liverpool and they really must find a reliable penalty taker soon.

Alex Oxlade-Chamberlain finally got his first start in a Liverpool shirt after signing for the Reds in August. Chamberlain has been criticised for not finding his form since joining Liverpool and some have already called him a flop. However, he was finally given a chance to show what he’s capable of after Klopp gave him a spot in the starting XI.

The former Arsenal man slotted well in to the team and provided pace and creativity from the left wing. He already appears to link up well with Firmino, Salah and Sturridge which bodes well for the future.

The Anfield faithful finally got to see Chamberlain in action from the start and they’ll be hoping he builds on this performance. It might have only been Maribor but his first start for Liverpool went well which should give everyone associated with Liverpool hope going forwards.

Much of the game against Maribor will have felt all too familiar to those inside Anfield. Liverpool’s previous two home fixtures saw them beat Huddersfield 3-0 and draw 0-0 with Manchester United.

The first half was almost a carbon copy of the United game with Liverpool struggling to put the ball in the back of net against a deep defensive team. Unlike the United game though Liverpool did manage to find the net in the second half.

In the end the game ended up very similar to the one against Huddersfield. Liverpool struggled to find an opening in the first half but looked much improved in the second. They went on to score three second half goals like the Huddersfield game and even had a penalty saved again.

At the very least it shows that if Liverpool struggle in the first half they have the ability to completely turn it around in the second half.

Liverpool’s 3-0 win over Maribor means that they stay top of Group E in the Champions League. Sevilla continued their good form as well after they beat Spartak Moscow to stay second in the group. Meanwhile Maribor props up the group with just one point.