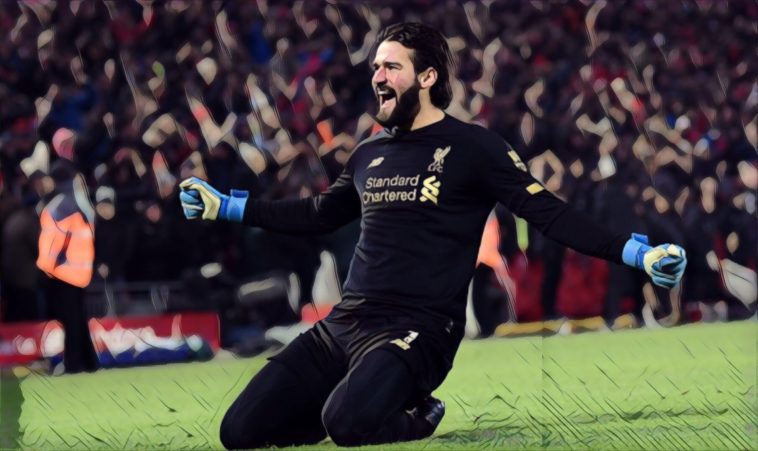 Alisson is eyeing even more trophies in the coming seasons and has thanked Jurgen Klopp for giving him the opportunity to become a Liverpool ‘legend’.

Liverpool were crowned champions of English football for the first time in three decades last week, ending a long wait for an elusive Premier League title and adding to the success of the club’s Champions League victory last season.

Following the Reds’ coronation as Premier League champions, goalkeeper Alisson has lavished praise on Klopp, saying he has the ‘maximum respect’ possible for the German, who has a ‘special place’ in the affections of all those associated with Liverpool following his achievements at the club.

“The maximum respect I can have for a person, I have for him,” Alisson told Liverpool’s official website. “There’s not many words that I could describe, maybe in Portuguese I can do that better!

“But yeah, he means, I think, everything for this club, for the squad. He brought us together here, he gave me the opportunity to come to Liverpool, he makes me feel special inside.

“My team-mates make me feel special inside and the supporters also, everybody, but the boss has a special place in everything I think for everybody – for the club and also for the supporters because he gave his life to achieve those things that we are achieving.

“I will always respect him, have big respect for him, and also be thankful to him for bringing me here and giving me the opportunity to become a legend here for Liverpool.”

Liverpool’s title success has come after a record-breaking season that saw them crowned champions with seven games to spare and whilst Alisson has described their campaign as ‘something special’, the Brazilian insists there remains a hunger for more within the dressing room.

“We did already something special for this club, but you can see from what every player says inside the dressing room that we want to do more,” he added.

“The sky is the limit so we need to keep pushing, we look forward also for the next challenge.”