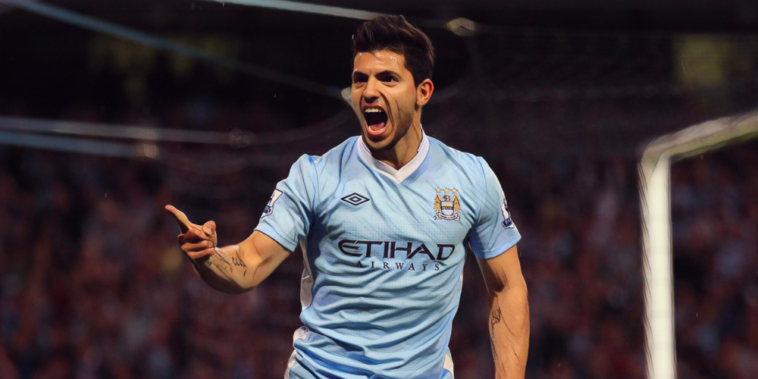 The goalscorers with the quickest starts to their Premier League careers.

Erling Haaland has hit the ground running at Manchester City, with the Norwegian proving a menace to Premier League defences over the season’s opening weeks.

It’s now back-to-back hat-tricks for Haaland and no record appears safe if he continues in his current form for the Premier League champions. Following his instant impact, we’ve decided to look at the players with the the most goals in their first five Premier League games.

The players with the most goals in their first five Premier League games:

Not much was expected of Norwich City upon their promotion to the top flight, but the Canaries impressed in the opening month of the season and much of that was down to the goalscoring exploits of Teemu Pukki.

The Finnish forward, who scored six goals in five league appearances, opened his account with a well worked goal against Liverpool on opening night. It was a mere consolation in a 4-1 defeat, but a sign of things to come.

Pukki followed that goal up with a hat-trick against Newcastle United, before scoring against Chelsea and in a remarkable win over reigning champions Man City.

God only knows why Fabrizio Ravanelli chose to move to the north-east of England of all places, but we’re glad he did.

The Italian striker joined the Boro from Juventus for a cool £7m in the summer of 1996 after winning the Champions League. He made an instant impact, scoring a stunning hat-trick on the opening day against Liverpool.

Ravanelli enjoyed a debut like no other when he scored a treble on his 1st #PL outing#1in10000 pic.twitter.com/867JdFw2m4

The formidable forward’s goals helped the Riverside outfit advance to the finals of both the League Cup and FA Cup, which they lost, but could not stop the club from relegation.

In one of the more surprising transfer dealings during the early Premier League years, World Cup winner Jurgen Klinsmann joined Tottenham Hotspur in 1994.

The German was considered to be one of the world’s best attackers, but he was disliked by the English press for his penchant for diving. He retaliated by scoring on debut against Sheffield Wednesday and diving to the ground dramatically.

Jurgen Klinsmann joined @SpursOfficial #OnThisDay in 1994 and what an impact he made… pic.twitter.com/RJCnutTCHg

Klinsmann soon won everyone over, especially through scoring lots of goals. He finished the season with 21 in 30 games, earning himself the FWA Footballer of the Year award at the end of the campaign before leaving Spurs for Bayern Munich.

The Brazilian-born forward arrived at Stamford Bridge fresh from a historic La Liga triumph with Atletico Madrid the season before, but had limped out of the Champions League final defeat to Real Madrid with a hamstring injury. He also played poorly for Spain in that summer’s World Cup, yet he showed no ill effects of the injury when the new campaign started up.

Costa scored seven times in his first four league games for Chelsea, a Premier League record, winning the Player of the Month award for August 2014.

He opened his account on debut against Burnley, following it up with a brace against Everton, a goal at home to Leicester City, and his first hat-trick for the club against Swansea City.

Where goalscoring records are concerned, Sergio Aguero is lurking. After arriving at Eastlands in 2011, the Argentine was an unstoppable machine in front of goal, scoring 260 times in 390 appearances in all competitions.

Aguero got off to an extremely quick start at Man City, finding the net just nine minutes into his debut against Swansea City after coming off the bench. He completed his brace in injury time of that game, capping off one of the most impressive debuts in Premier League memory.

The former Atletico Madrid striker then blanked against Bolton Wanderers, before scoring against Tottenham Hotspur, grabbing a hat-trick (the first of his record-breaking 12) against Wigan Athletic, and another brace against Fulham. He’s barely slowed across the following decade.

Bet you didn’t see that one coming, did you? The burly forward joined Coventry City in 1992, and got off to a red hot start in the inaugural Premier League season by scoring eight goals in the first month of action.

Quinn scored a brace against Man City, Southampton, Liverpool, and Aston Villa, becoming one of only seven players to score in their first four games. The Liverpudlian would go on to score ten goals in his first six appearances, and had found the net 17 times after just six months at Highfield Road.

The moustachioed striker became a Sky Blues cult hero and remains in the record books to this day.

The joint-record of Aguero and Quinn lasted more than a decade until Haaland showed up, a footballer who appears lab-created to score goals at the highest level.

Having averaged almost a goal-per-game across spells with Red Bull Salzburg and Borussia Dortmund, the Norwegian has proceeded to bang in nine in just five games for Manchester City.

Perhaps predictably, the clinical centre-forward has been a fine fit for Pep Guardiola’s chance-creating City side and the Etihad have a new hero.

Erling Haaland is the first player in Premier League history to score nine goals in his first five games in the competition.

Averaging a goal every 43 minutes so far this season, no record appears safe.