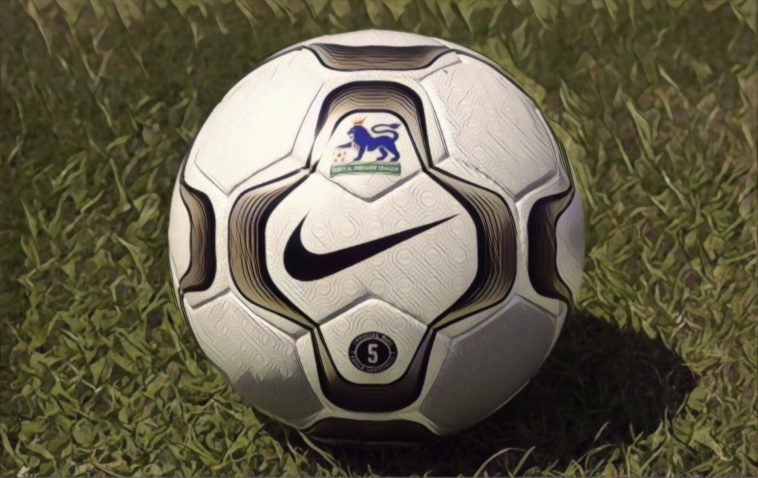 Nike have been making matchday footballs for the Premier League for 20 years, but which one is the best ever?

20 years ago the Premier League and Nike got into bed together for the first time to produce something revolutionary — the Nike Geo Merlin football.

It meant no more Mitre, the much beloved but often hard as a bloody rock ball that was a symbol of proper English football, and is still a bastion of Sunday league football to this day. But you can’t stop progress, and that’s why Nike came in at the right time and the right place.

The sport had changed dramatically in the decade preceding the introduction of the Geo Merlin. England’s top flight was no longer the inward-looking league it once was, featuring some of the best talent from all over the world, becoming incredibly globalised and corporatised at the same time.

It made complete sense that the Oregon-based company, the biggest sports manufacturer in the world, would produce the official match ball for the biggest league in the world. And they made the ball to match too.

Not only did it look magnificent, but it was sweet to strike too. Free kicks and volleys were never as satisfying to hit up until then, and everyone tried to get that new and improved swerve from dead-ball situations. Nike injected whatever science they concocted into a spherical object and all footballers, from casual to professional, were loving it.

Nike celebrate the 20th year of their Premier League partnership by launching a remake of the 2000 Merlin Geo match ball: https://t.co/DFcVSGocNe pic.twitter.com/nzWart4HBK

With the big anniversary this year, Nike have released a limited edition remake of the famous ball for all of the nostalgia lovers out there. It will set you back a whopping £155 though, which is a lot of money to spend on something that you’re going to kick the living daylights out of.

But where does the iconic Geo Merlin stand in the match ball hall of fame? And what football would like to see remade in the near future?

Ranking the best Premier League footballs Nike have ever produced:

I’m all for keeping it simple, but this is plain boring and lazy. It also resembles a jock strap, so there’s that too.

This is what happens when you make a new ball every year for money-making purposes. Too much going on, none of it working. Get back to basics.

Can’t say I’m a big fan of footballs that look like beach balls in disguise. Always manages to go over the fence during five-a-side at least three times.

This one looks as if spent a bit too much time in the blazing sunshine with no sun cream on.

Looks a bit like the Stargate, which I can get behind. That, or, as someone on Twitter pointed out, BB8 from Star Wars.

Looks like the Nike Ascente football made it into the new Star Wars movie… pic.twitter.com/Am78IBT84g

Not a huge amount to this one, and nothing particularly from its time as the official league ball either. We could take it or leave it.

The virtue of investing in youth: how Premier League clubs can make a killing in the transfer market

Looks like a rehash of the Ordem V without improving upon it a great deal. A nice ball, but loses points for laziness.

Nights are longer. Temperatures are colder.

This weekend, the @premierleague roll out the winter Hi-Vis Nike Merlin. pic.twitter.com/jrmod57LrH

It looks like it could be something out of Dragonball Z, and for that it gets extra points. Not to mention this was the very ball that ended up in the back of the net when “Aguerrrrrrrrroooooo!” happened.

The last of the futuristic footballs and one of the best too. Robin van Persie put this in the net 26 times in Alex Ferguson’s last season as Manchester United manager, leading them to one last title before retirement.

Nike went back to their roots with this one, basing the Merlin design loosely off the original Geo Merlin from 2000 to celebrate twenty years since their partnership with the Premier League.

The ball means more.
Get ready for kick-off with this season’s new Merlin Ball. Designed exclusively for the 20th anniversary of Nike’s partnership with the @premierleague. #merlinball #premierleague #epl #nikefootball pic.twitter.com/WpIThsBtMK

There’s something about the blades that just works, especially the purple ones used for the Premier League ball.

A clean design with a nice infusion of colour, there was a satisfying thwack to this football when you drive it towards goal.

The @FA has placed the names of 137 goalscorers from this season’s @EmiratesFACup competition on the Nike Ordem V, Cup Final ball to be used at the 137th edition of the showpiece.

We’re absolutely made up it’s going to feature our @sammyh9! ? pic.twitter.com/rDbkk8WUDr

The perfect ball for smacking through the laces on the volley. The original had a nice and simple white and red design, but it was the yellow and purple version that made it truly iconic. It was the first time the English top-flight had used a non-white football when it wasn’t snowing.

The original and the best. Some might say boring, I say it’s simple, and beauty is in simplicity. This design peaked with the Silver Scorpion, the ball every kid on your street wanted.