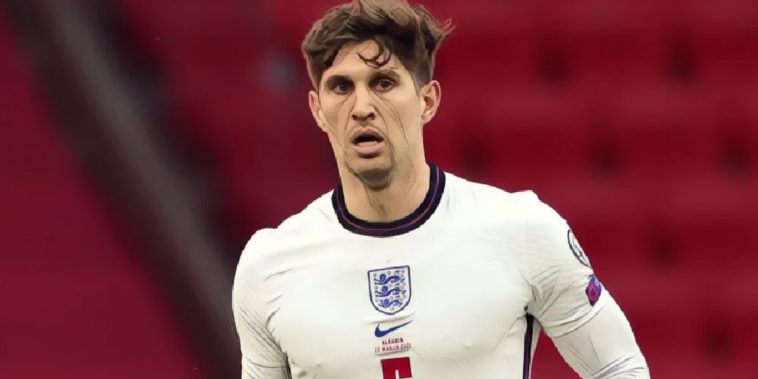 England defender John Stones has revealed the Three Lions penalty shootout preparations ahead of a mouthwatering last-16 clash with Germany on Tuesday evening.

Fresh off the back of a stellar domestic campaign for Manchester City, in which they romped to a third Premier League title in four seasons and secured a fourth successive Carabao Cup, the 27-year-old is currently a key part of Gareth Southgate’s side that are hoping to put an end to the nation’s tournament heartache.

While it’s been a story of pragmatism thus far for England, Stones and co looked assured defensively in the group stages, registering a clean sheet in all three opening games at a major tournament for the first time since the 1966 World Cup.

Despite scoring just twice, those shutouts helped Southgate’s finish atop Group D to set up a hugely anticipated encounter with old rivals Germany in the last-16, the Three Lions looking to secure a first knockout win at the European Championships in 25 years.

Ahead of that high stakes clash, Stones has revealed England’s preparations should the tie go to penalties, the former Barnsley man emphasising the importance of making the players ‘comfortable’ in such a pressurised situation.

“With how we do it now, we’ve been practising so much: how to prepare yourself for that moment, have a little process that you go through that makes you feel as comfortable as possible, choose your spot,” he told the Mail. “We’ve been practising on keeping that clear focus of what to do if your turn comes up. Ever since Gareth has come in and Steve [Holland], we’ve tried to get to know what the boys like or want to do in those situations.

“Some boys might want to be left alone. Some boys might be feeling tired and want a little massage. Some people want to see things visually to prepare. We’ve found out what everyone wants and needs and have everything ready if they decide to go down a certain path.

“Everything will be done before so it’s not like a mad scramble and we look like we’re unprepared, almost. We want to be going into it knowing that we’ve ticked every box. Knowing that when a certain situation comes, no one is panicking, saying: ‘Oh, do you want to go third?’ Everything is set out. You can go into it clear-minded, do your process and hopefully do the job.

“I remember being seventh in the World Cup shoot-out against Colombia, after Eric [Dier, who scored the sixth penalty to win the shoot out]. That was a scary moment. But I was ready because of this process we’ve always talked about.

“It’s about making you as comfortable as possible in that situation. Because, unless it’s Harry [Kane] or the boys who take penalties for their clubs regularly, it’s a zone we’ve not stepped into before.”

The centre-back did score a ‘panenka’ on his Everton debut in a pre-season friendly against Juventus back in 2013, although he’s insisted it’s not something he will be trying again any time soon.

“No,” he said. “After seeing Sergio [Aguero] doing it [against Chelsea] this season.”