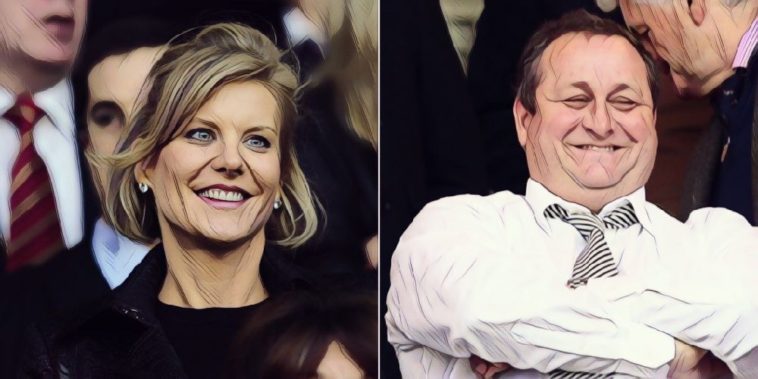 Amanda Staveley, the financier behind a potential takeover of Newcastle United, has accused the Premier League of a lack of ‘absolute transparency’, as the Magpies takeover debacle rumbles on.

The club had initially been the subject of speculation regarding a potential takeover bid well over a year ago, with Staveley heading a consortium that includes her firm PCP Capital Partners and Saudi Arabia’s Public Investment Fund (PIF).

Looking to bring to an end the turbulent reign of the much-maligned Mike Ashley, the Saudi-backed consortium had been in talks over a £300m deal to take ownership of the club, before ultimately pulling out of negotiations following scrutiny from the Premier League’s Owners’ and Directors’ Test.

While the Premier League have denied that they rejected the bid, their conclusion that the takeover was funded and backed by the Kingdom of Saudi Arabia ultimately scuppered the deal.

The club have since taken legal action against the Premier League, with an ‘independent arbitration process’ set to take place later this month.

Amid those legal proceedings and the current stall over the takeover bid, Staveley has voiced her frustrations regarding the lack of ‘transparency’ from the Premier League to Tracey Crouch, who is heading a government-led review of football governance.

In a letter to Ms Crouch, seen by Sky News, Staveley says: “Fans surely deserve absolute transparency from the regulators across all their processes – to best ensure that they act responsibly.

“They are performing a function like that of a government regulator – but without the same systems for accountability.”

Ms Staveley said that there was now “a chance for those involved [in the Newcastle United bid] to be seen to take a robust stance – just as the government so decisively and effectively stepped into the European Super League debacle”.

“But there is real urgency – given the NUFC arbitration hearing is due to take place this month,” she told Ms Crouch.

“We need intervention immediately to force the issue out into the open.

“It is my view that it is likely that that would be enough to make those involved behave more responsibly and signal the government’s intention to take effective action in the interests of the country.