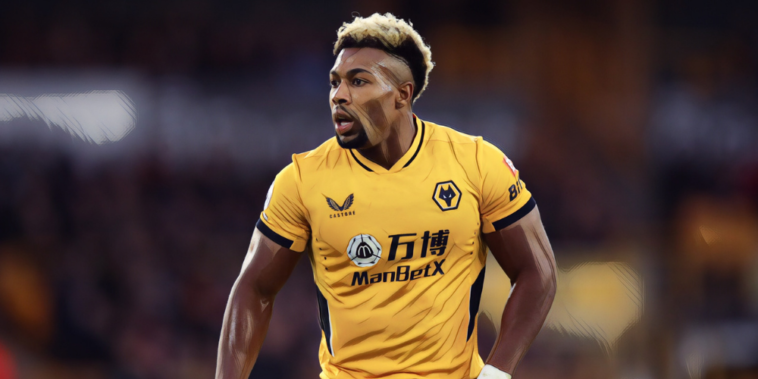 Tottenham are ‘upbeat’ about agreeing a deal with Wolves for Adama Traore this month, despite interest from Barcelona in the winger.

Antonio Conte is keen to sign the 25-year-old as he looks to add to his options in January and the north Londoners are hopeful about reaching an agreement with Wolves in the coming weeks.

According to ESPN, Traore is interested in a move to Spurs and Wolves are ready to cash in on the Spain international as he enters the final 18 months of his contract at Molineux.

Barcelona have also been linked with a move for Traore, who came through the club’s youth ranks before moving to English football. Interest from Catalonia could ‘complicate’ a deal for Spurs, but Barcelona need to sell before registering new players.

Conte views Traore as an option at right wing-back in his preferred 3-4-3 system, whilst a deal could potentially be struck that involves Matt Doherty heading in the opposite direction with Wolves having expressed an interest in re-signing their former full-back.

Doherty is one of several Spurs players who could be allowed to leave this month, with Dele Alli, Tanguy Ndombele and Steven Bergwijn also available should offers arrive.