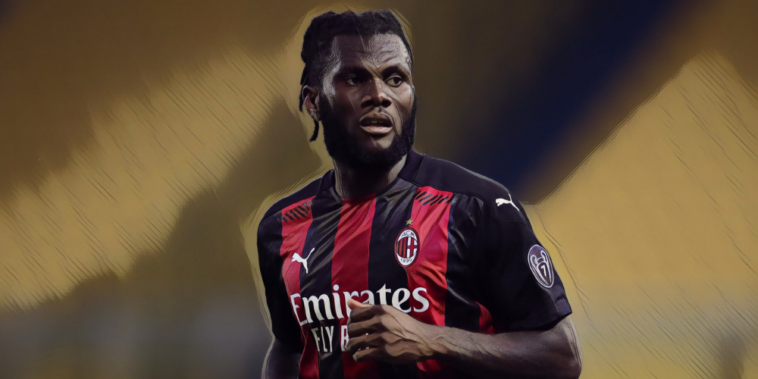 Tottenham are willing to offer Tanguy Ndombele to AC Milan in exchange for Franck Kessie.

Kessie has entered the final season of his contract at Milan and has turned down the club’s offers of an extension to his deal, a number of leading clubs monitoring the midfielder’s situation at the San Siro.

Juventus are understood to be monitoring Kessie ahead of a potential move, though Spurs have now emerged as suitor for the Ivory Coast international and, according to Calciomercato, are willing to offer Ndombele to the Italian side in exchange.

Ndombele requested to leave the north London side during the summer and has not formed part of Nuno Espirito Santo’s plans to date, with the club record signing having endured a disappointing period since moving to the Premier League.

Spurs are now prepared to cut their losses on the 24-year-old in a bid to lure Kessie to English football, but will face competition from both Paris Saint-Germain and Juventus for the player.

PSG are also considering an exchange deal with Mauro Icardi and Leandro Paredes potential makeweights in any move for Kessie, whilst Juventus are eyeing the prospect of a free transfer deal next summer.