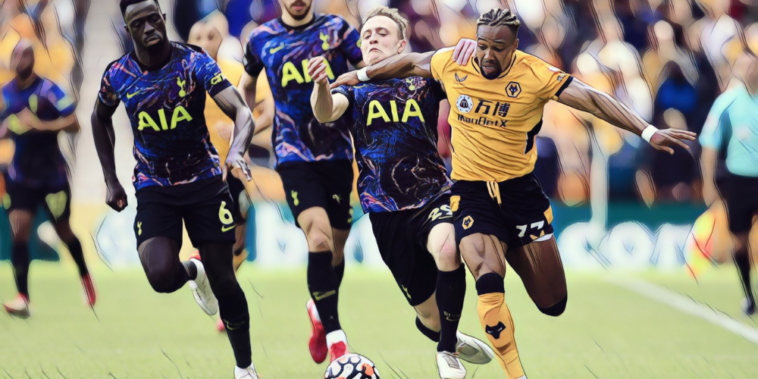 Tottenham are set to approach Wolves with a loan bid for Adama Traore as Nuno Espirito Santo seeks a reunion with the winger in north London.

Nuno is keen to bring the Spain international to Spurs and will launch a move for Traore before the closure of the transfer window next week, with the proposal set to be a season-long loan deal with an option to buy for around £40m.

Traore was in scintillating form as the two sides met in the Premier League on Sunday, with the explosive star causing problems throughout for Japhet Tanganga despite Wolves 1-0 defeat to Spurs at Molineux.

The Telegraph are reporting that Nuno is an ‘huge admirer’ of Traore’s versatility and believes the star can thrive at wing-back or further forward, and with the two teams having now played each other, talks are set to ‘accelerate’ in the coming days ahead of the transfer deadline on August 31.

Spurs will look to put together a suitable a deal for the 25-year-old – who has two years remaining on his current contract – with either an initial loan with an option to buy or a deal that includes staggered payments set to be put on the table.

Wolves sold Diogo Jota to Liverpool last summer under a similar arrangement, with the Merseyside club paying an initial fee of just £4m with instalments that could add up to a potential fee of around £45m for the Portugal international.