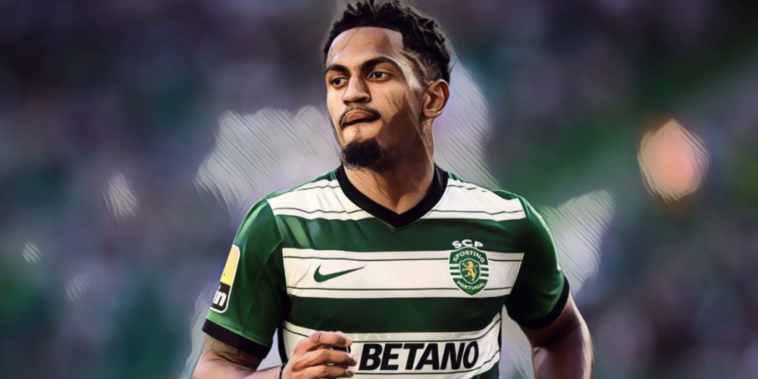 Tottenham are set to hold talks with Sporting Lisbon over a double deal to sign Pedro Porro and Marcus Edwards.

Antonio Conte is targeting additions this month as he looks to improve Spurs’ depleted options and the club will begin negotiations with Sporting over a deal to sign the duo.

Spurs have lost four of their last seven Premier League fixtures and Conte has suggested that additions are required if the club are to secure a top four finish this season.

Right-back is an area the north Londoners are prioritising with neither Matt Doherty or Emerson Royal having convinced under Conte, while summer arrival Djed Spence is expected to leave on loan after struggling for regular first-team football.

Porro has emerged as one of the best full-backs outside of Europe’s top five leagues since signing for Sporting from Manchester City, joining on an initial loan deal before a permanent move last summer. He has been directly involved in 30 goals in just 93 appearances for the Portuguese side and has been named in the Primeira Liga’s Team of the Season in consecutive campaigns.

According to the Daily Mail, Sporting will demand that Porro’s £40m release clause is met, while the club also want the £52m figure in Edwards’ contract to consider a sale.

However, Spurs are understood to hold a 50% sell-on clause in Edwards’ contract, having transferred the full clause they negotiated as part of his move to Vitória de Guimarães over to his Sporting contract. Edwards came through the academy system at Spurs, but made just one first-team appearance before departing for Portugal in 2019.

After an impressive spell at Vitória, he has shone since a move to Sporting last January. The winger is Sporting’s joint-leading scorer in all competitions this season with nine goals and scored against Spurs during the Champions League’s group stage.

He has 12 goals and 12 assists in 39 appearances for Sporting and could add depth to Spurs’ forward options, which have been depleted following injuries to Richarlison and Dejan Kulusevski.