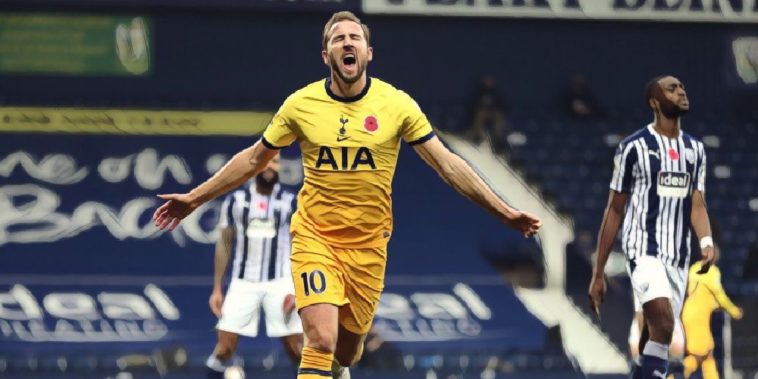 Tottenham have opened talks with Harry Kane over a contract extension as the north London side look to secure the long-term future of the in-form forward.

Kane has three-and-a-half years remaining on the six-year deal he signed with Spurs in 2018, though the club are keen to reward the star with an improved deal and ensure the 27-year-old’s best years are spent at the Tottenham Hotspur Stadium.

The England captain has been amongst the stars of the Premier League season so far and has scored 10 league goals in addition to providing a league-leading 11 assists, Kane emerging as the early favourite for the PFA Player of the Year award.

According to the Independent, Spurs have now ‘opened up an initial dialogue’ with Kane over an extension to his deal, with the club’s hierarchy aware of potential interest from Manchester City as they seek a long-term replacement for Sergio Aguero, while Manchester United have also been consistently linked with having an interest.

Paris Saint-Germain have also been credited with an interest in the star, speculation that is only likely to increase following the appointment of former Spurs manager Mauricio Pochettino at the Parc des Princes and continued rumours of a Real Madrid approach for Kylian Mbappe.

Kane came through the academy ranks at Spurs and has since scored 205 goals in just 311 appearances in all competitions, the forward now just four goals short of surpassing Bobby Smith as the club’s second-highest goalscorer of all-time.

Kane is said to continue to happy at the club but has made no secret of his desire to win the major trophies that have eluded him in his career to date, though Spurs have shown signs of progress under Jose Mourinho this season and hopes will be high of persuading the two-time Golden Boot winner to put pen to paper.