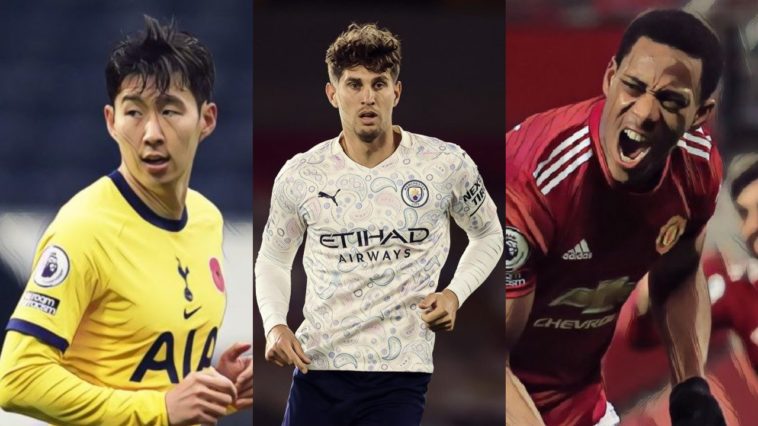 The standout statistics from gameweek 17 of the Premier League, explaining how Manchester City are so good at the back, Son Heung-min reaching a century of goals for Spurs, and Manchester United’s exceptional form.

Defence is the best form of defence for stout Man City

Although they aren’t nearly as explosive as they have been in every previous season under Pep Guardiola, Manchester City undoubtedly possess the best defence in the Premier League right now.

Following their 3-1 win over Chelsea, City have now conceded the fewest goals (0.87), chances (8.00), and expected goals (0.85xG) per 90 of any team in the division. They are also second in the league for clean sheets (7), one behind Aston Villa’s eight shutouts.

They really should have equalled that number on Sunday night, but conceded a meaningless consolation goal from Callum Hudson-Odoi in injury-time. Up until that point, however, the Blues rarely looked like scoring, with the City defence only giving up nine chances in the game.

Since their 2-0 defeat by Tottenham in November, City have won five of their seven league matches (drawing the other two), with only Manchester United (20) picking up more points than City’s 17. If they win their game in hand they will go one point behind leaders Liverpool – a sneaky title challenge might be on the cards.

As for Frank Lampard’s lads, Chelsea have suffered as many defeats in their past six league games (W1 D1 L4) as they did in the previous 23 (W14 D5 L4). Having been tipped as title challengers as recently as last month, the west London outfit sit in 8th position with 26 points and their manager’s job hanging by a thread.

4 – Since the start of December, only West Bromwich Albion (5) and Sheffield United (6) have lost more Premier League games than Chelsea (4). Concerning. pic.twitter.com/APVKTh15Wg

It wouldn’t be a Spurs win without Heung-min Son and Harry Kane combining to score, with Kane setting up the Korean for the ninth time this season, a joint-record in a single season. The pair have now combined for 13 total goals this season, equalling that record too, previously set by Alan Shearer and Chris Sutton in 1994/95.

It was a special goal for Son, his 100th for Spurs since joining five years ago. He’s the 18th player to do so for the Lilywhites, but he’s the first non-British or Irish footballer to reach the milestone.

As for Leeds, this was the first time they failed to score in an away game this season, showing just how much value for money they provide in the Premier League this season. Their matches have featured 3.7 goals per game, proving they’re never involved in boring games. Well, aside from the recent meeting with Burnley, but that goes for every Burnley game.

After going ‘joint top’ of the Premier League thanks to their 2-1 win over Aston Villa, Manchester United are now being talked about as contenders to Liverpool’s crown. Whether they will last the pace or fall away swiftly like Chelsea and Spurs did the second they were tipped as challengers remains to be seen, but their form is impressive nonetheless.

The Red Devils are on a ten-game unbeaten run in the league having won eight and drawn two in that period. It’s the second-longest run behind Liverpool, who have not lost in 12 games. Over the last ten gameweeks, no team has scored more goals (24) or won more points (26) than Ole Gunnar Solskjaer’s side.

It will also come as no surprise to learn that Man United have both taken and scored the most penalties in the Premier League since Solskjaer took over in December 2018, converting 21 of their 27 attempted spot kicks.

Bruno Fernandes scored the latest penalty on Friday night, bringing his tally of goal involvements since joining the club last year to 33 (19 goals, 14 assists). Only Andy Cole has more in his first 30 appearances in the Premier League with 37 (28 goals, nine assists).

Most @premierleague goals from penalties this season:

Most PL penalties conceded this season:

Anthony Martial has now scored on all seven days of the week in the Premier League for Manchester United, becoming the fifth player to do so, after Ryan Giggs, Andrew Cole, David Beckham and Wayne Rooney.

Read: Six of the best young players in the Premier League so far this season