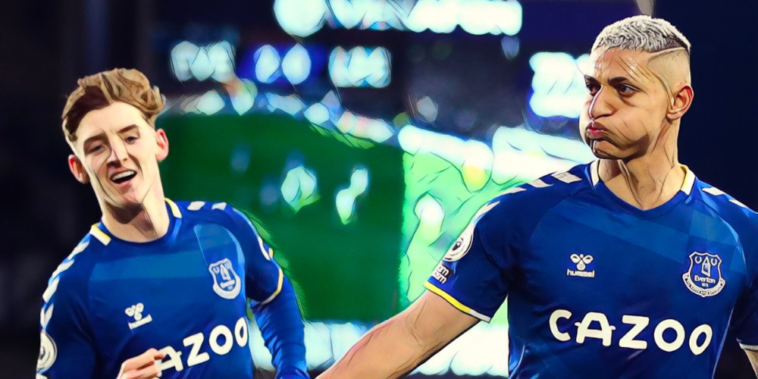 Tottenham are interested in a double deal for Everton duo Richarlison and Anthony Gordon.

Antonio Conte is keen to add increased firepower to his side and is targeting an ambitious move to land both of the Everton pair, with the Merseyside club understood to be ‘expecting’ a bid from the north Londoners.

Sky Sports are reporting that Spurs view Richarlison as a player who can compete across their forward line and have a long-standing interest in the Brazil international.

However, Chelsea are also considering an approach as the Blues seek a replacement for Romelu Lukaku, who is set to return to Inter Milan on loan.

Spurs are also said to be interested in a deal for Gordon, as Conte looks to add home-grown promise to his squad.

The 21-year-old enjoyed a breakthrough season at Goodison Park in 2021/22, scoring four goals and providing two assists in 35 league appearances.

Gordon – who featured on both flanks and in a central role for Everton last season – has scored four goals in seven appearances for England’s u21 side.