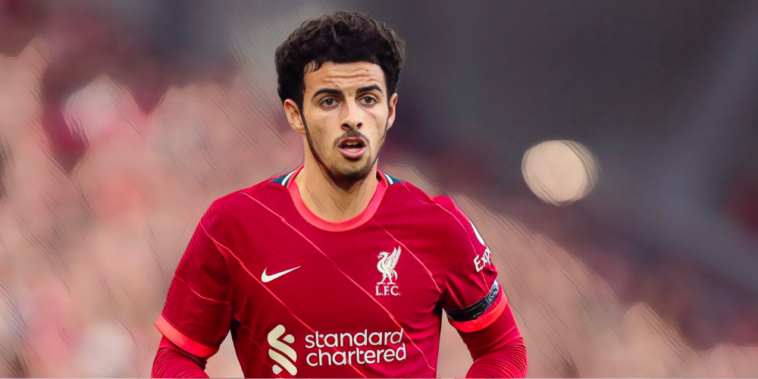 Loan moves can be a huge benefit to the development of players, with the route to first-team football at Premier League level a difficult one.

With the summer transfer window well underway, there will be several names who will be hoping for a move to earn a chance of regular minutes for the forthcoming campaign.

Loan deals can often bridge the huge gap between youth football and senior level and we’ve looked at five Premier League players who would benefit from loan moves this season.

The 21-year-old is well-regarded at Anfield with Jurgen Klopp a firm admirer of the midfielder, but a lack of minutes and rhythm could stall his progress.

Jones’ 24 appearances last season were seven less than he managed in 2020/21 and a loan move could be beneficial amid fears the England u21 international’s development could slow this season.

A goal made and finished by @curtisjr_10 for our #YoungLions last night!

Liverpool have turned down loan offers from Leeds and RB Leipzig in past windows for Jones, with Klopp having stated his preference for the midfielder to learn under his guidance on Merseyside.

Jones, however, is at an age where he needs to be featuring regularly and will want more opportunities than he was afforded last season to remain at Anfield.

The Wythenshawe-born forward has been with City since u8 level and has progressed through the ranks to first-team football, whilst representing England up to u21 level.

In addition to his senior minutes, Palmer excelled for City’s u23 side and it is a level he has now surpassed after netting 21 goals and providing 10 assists in 28 games.

An amazing goal from Cole Palmer 💫

Palmer’s path to first-team football is blocked by a cast of brilliant attacking options at the Etihad, with the likes of Phil Foden, Riyad Mahrez and Jack Grealish competing for attacking roles – even should Raheem Sterling and Gabriel Jesus depart this summer.

Erling Haaland’s arrival also looks set to end City’s successful spell with a false nine and Palmer’s best chance of first-team football could be away from the Etihad.

Guardiola, however, has often chosen to keep his best prospects under his own watchful eye.

It can be easy to forget that Callum Hudson-Odoi is still just 21-years-old, with the Chelsea winger having seemed to be on the fringes of first-team football in west London for several seasons.

After an exciting initial emergence that saw Hudson-Odoi break into the England squad, the Cobham graduate has failed to kick-on and cement his place in the Chelsea side.

For a talent who Chelsea fought hard to keep out of the clutches of Bayern Munich, his development has been minimal amid form and fitness issues and a lack of regular opportunities will do little to improve his fortunes.

Chelsea have been linked with the likes of Raheem Sterling and Raphinha this summer, moves which could pave the way for Hudson-Odoi to depart on loan and earn much-needed minutes.

Whilst far from a youngster at 24, Joe Rodon is a player who will hope to secure a starting place this season after a frustrating spell at Spurs.

Rodon featured for just 87 minutes across three substitute appearances in the Premier League last season, failing to win favour with either Nuno Espirito Santo or Antonio Conte in north London.

🎙 “Joe is a good player, but a really, really great man”

High praise from the boss on Joe Rodon ⤵️ pic.twitter.com/y8Kqhzivmx

The winter World Cup is fast approaching and Rodon will want regular minutes ahead of the tournament, where he will hope to impress as Wales make their first appearance at the finals for 64 years.

Brighton, Newcastle and Nottingham Forest have been linked with giving Rodon a run of games at Premier League level, a chance which could allow the centre-back to find his form ahead of Qatar.

Liam Delap broke the Premier League 2’s goalscoring record for Manchester City in 2020/21, performances which saw the forward named as the league’s Player of the Season.

City’s signings of Erling Haaland and Julian Alvarez have done little to improve his chances of a first-team breakthrough and the 19-year-old, son of former Stoke midfielder Rory, is expected to leave on loan this summer.

Premier League and Championship sides have been linked with a player who has proven a cut above u23 level, scoring eight goals in just 10 Premier League 2 games during a disrupted 2021/22 season for City.