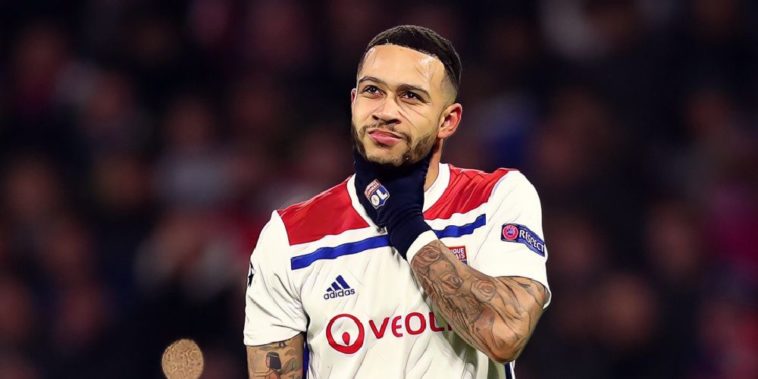 Memphis Depay insists he knows ‘nothing’ about reported transfer interest in from Tottenham in his services.

Depay has been strongly linked with a return to the Premier League this week, with Mauricio Pochettino’s side reportedly preparing a bid of around £50m to take the 25-year-old from Lyon.

Depay previously struggled in England after moving to Manchester United from PSV Eindhoven in 2015, but has since rebuilt his reputation in French football and has emerged as a key figure in the Dutch national side.

Spurs are reportedly interested in a move as they bid to bolster their attacking options following their underwhelming start to the season, though Depay has refused to comment on the speculation and insists he knows nothing about potential interest from the North London side.

“We leave it in the corridors. I am focused on a strong season so far.”

Should Spurs make a move, a deal could be complicated by the fact that Manchester United have first option on resigning the player if they can match the best offer.

Speaking on Depay’s future, Lyon sporting director and club legend Juninho confirmed that the Red Devils inserted a buy-back clause in the deal which took Depay to Lyon for an initial fee of around £16m in January 2017.

“It’s true that Manchester United have a priority to buy back Memphis,” the Brazilian told OLTV.

“These things exist in football. But until now, we’ve not received anything on Memphis.”